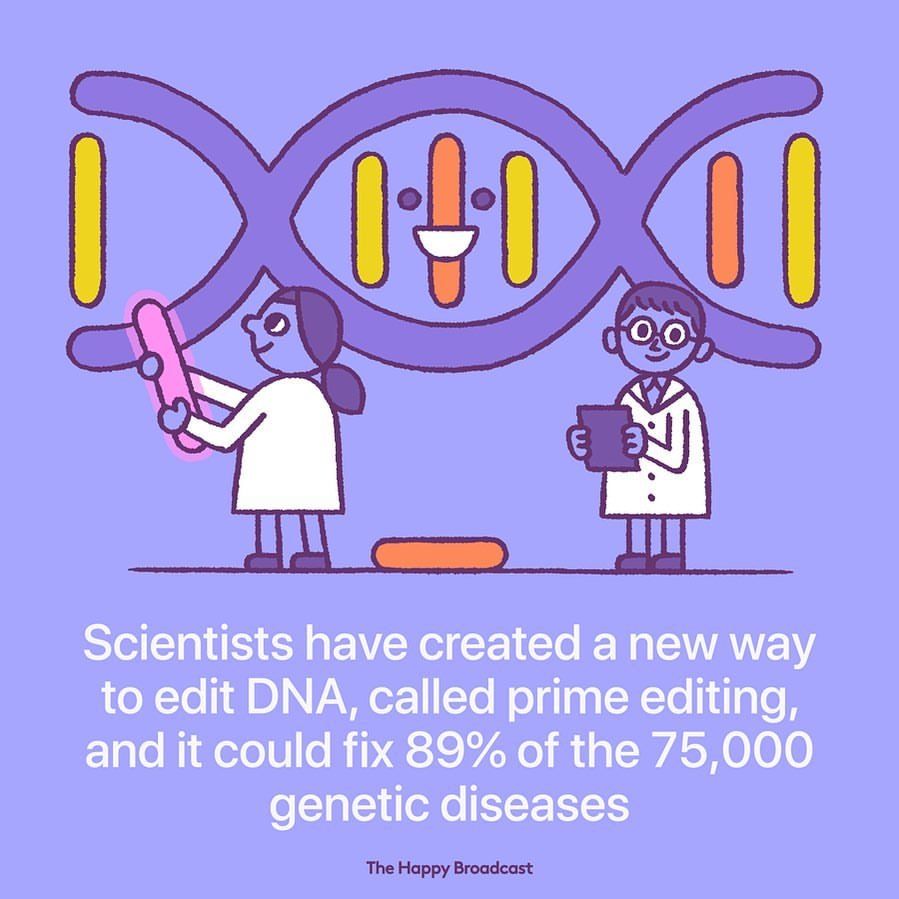 A new gene editing technique called prime editing, tested in human and mouse cells, rewrites DNA by only cutting a single strand to add, remove, or replace base pairs. The method may allow researchers to edit more types of genetic mutations than existing genome-editing approaches such as CRISPR-Cas9.

The technology, called prime editing, has been described as a “genetic word processor” able to accurately re-write the genetic code. It has been used to correct damaging mutations in the lab, including those that cause sickle cell anaemia.

The team at the Broad Institute say it is “very versatile and precise”, but stress the research is only starting.