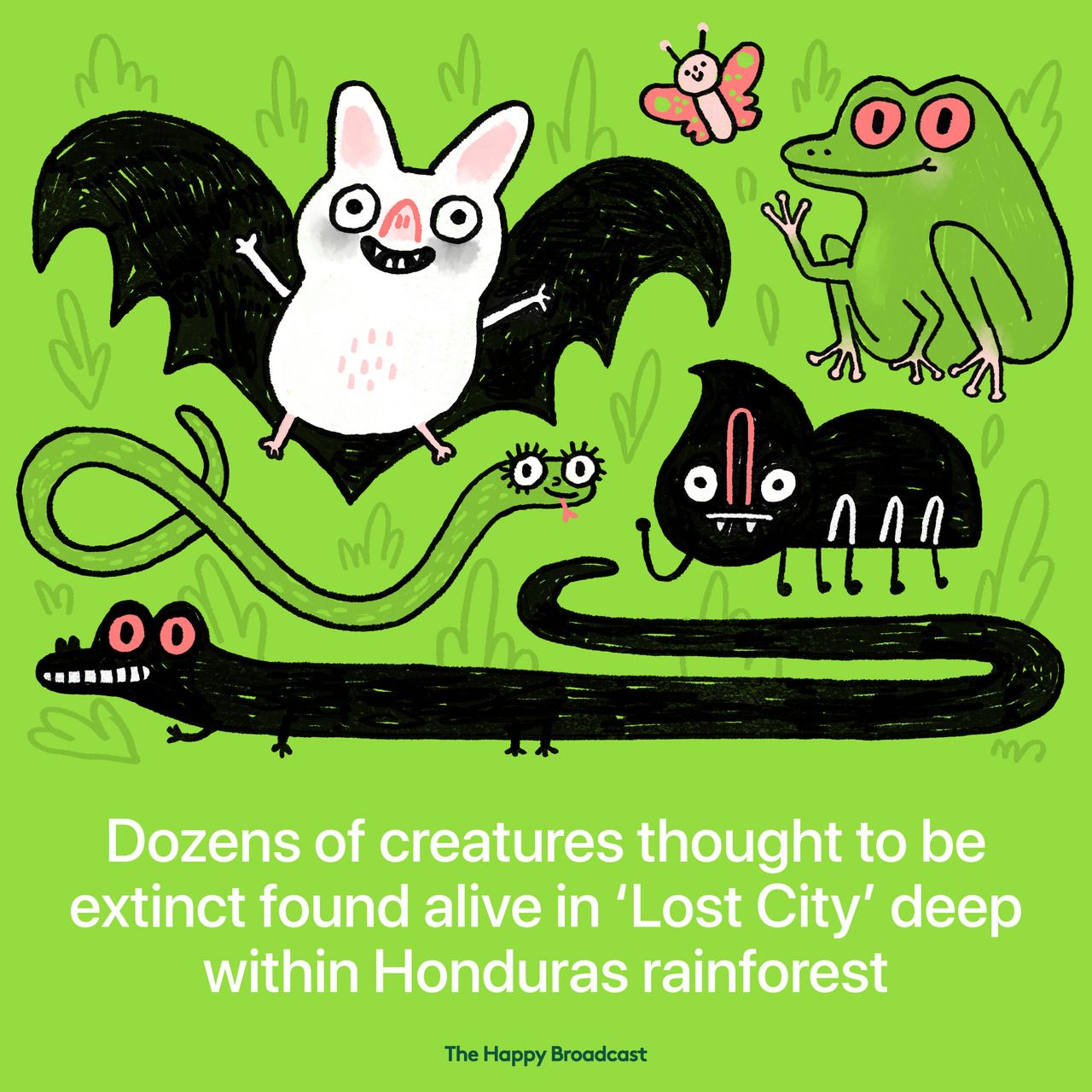 Another positive rainforest story, this time from Honduras!

This week’s guest artists is one of our favorite illustrators: Gemma Correll - https://www.gemmacorrell.com

A team of scientists have discovered an ecosystem filled with rare and endangered species, including species that were thought to be extinct, in a “lost city” deep within a rainforest in Honduras.

The conservation team spent three weeks exploring an ancient settlement, known as the “Lost City of the Monkey God” or “White City”, in the Mosquitia rainforest and found a diverse hub of wildlife, including hundreds of species of butterflies, bats and reptiles.

Scientists also rediscovered three species that were thought to be no longer living in Honduras: the pale-faced bat, the False Tree Coral Snake and a tiger beetle which had only been recorded in Nicaragua and was believed to be extinct.