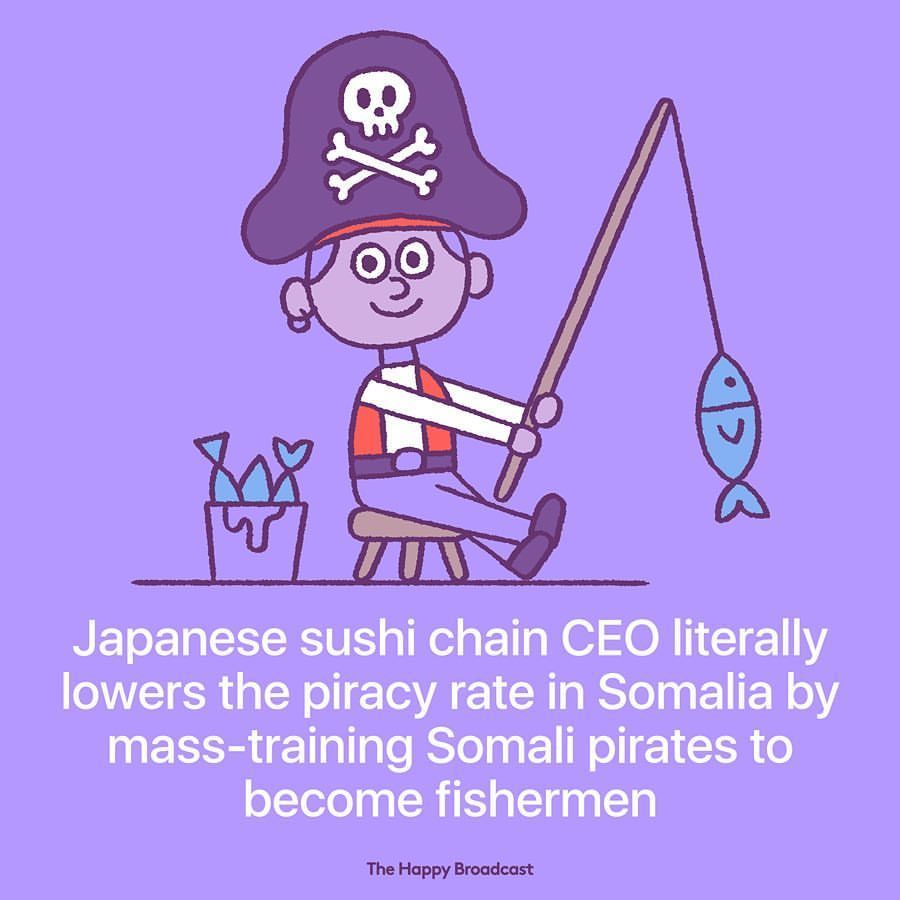 Kiyoshi Kimura is the president of “Sushizanmai”, a well-known Sushi restaurant chain in Japan. He was one of the major contributor to reducing piracy off the coast of Somalia.

Knowing the issue, Kimura used his connections to get in touch with the pirates in person for some discussions. What Kimura heard from the pirates was striking: they only became pirates because they have lost their homes due to civil war, and they needed to find a way to make a living.

So Kimura suggested to the pirates they should catch some tunas in the same ocean where they were attacking vessels, and make money that way. Kimura went out of his way to provide ships and skills required for tuna fishing. He also assisted in the process of them joining the IOTC (Indian Ocean Tuna Commission).

While his effort was not the only factor in eliminating piracy near Somalia, his peaceful efforts cannot be ignored.