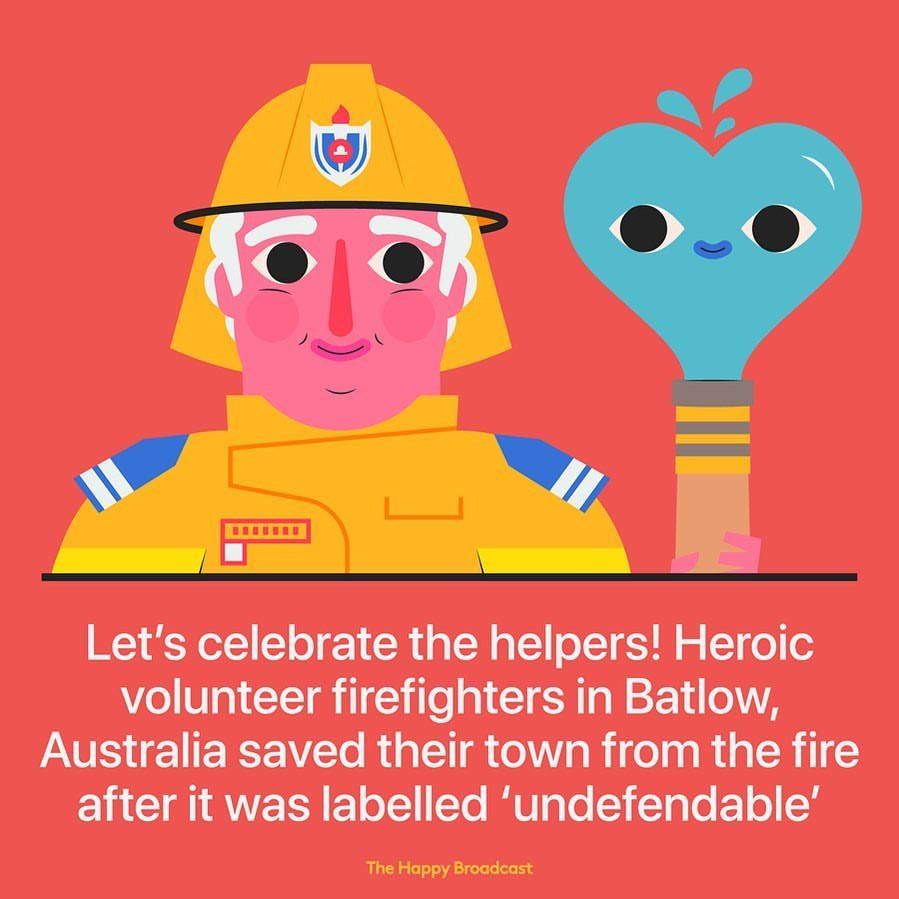 As Mr. Rogers said to his television neighbors: “Whenever tragic events happen, look for the helpers. You will always find people who are helping”.

That’s why, in the midst of an unprecedented bushfire crisis in Australia, I want to report this amazing story of the helpers that bravely defended the ‘undefendable’. This can be the story of every fire brigade in Australia right now.

The people of Batlow were told their town was “undefendable” when a bushfire raced toward them, but the local Rural Fire Service brigade had other ideas.

Batlow volunteer firefighters stayed to fight fires against all odds with the help of local farmers and workers. The brigade and their helpers not only saved themselves but also saved houses and prevented far greater damage to their town.

Please make sure to support rescuers, helpers and those affected by the bushfires in Australia: