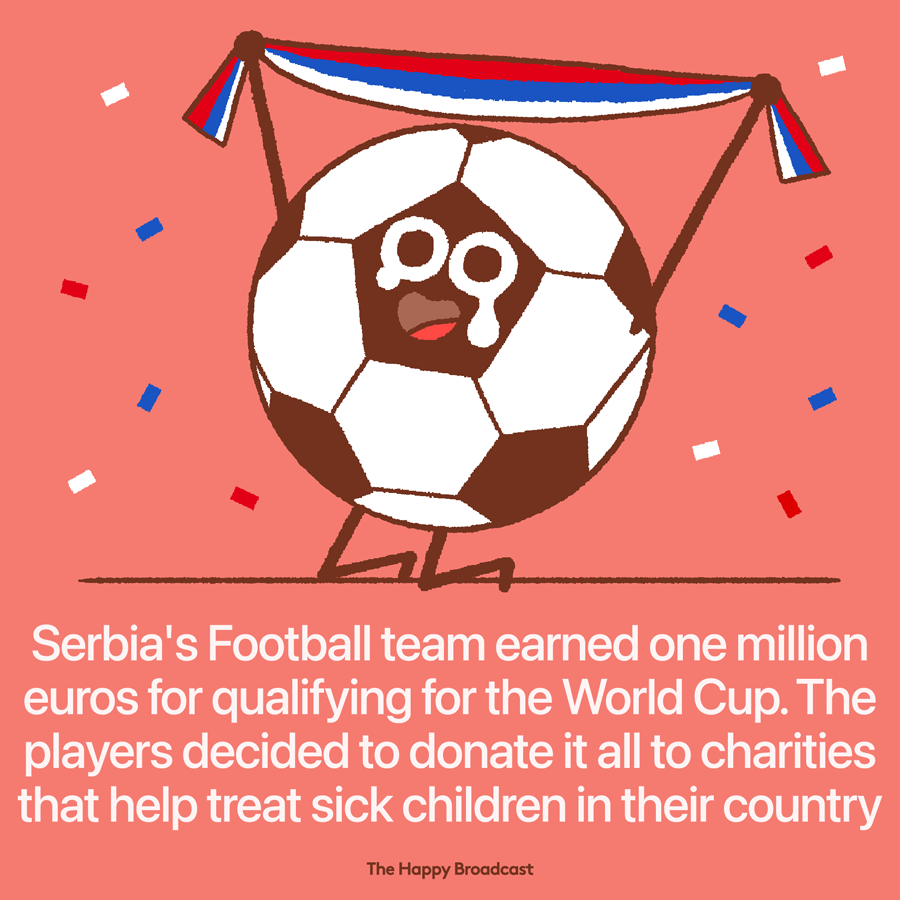 Serbia men's national football team has decided to donate an award of one million euros (US$1.13 million) for qualifying for the 2022 World Cup in Qatar for the treatment of sick children.

Serbian President Aleksandar Vucic entered the plane that the players and coaching staff had boarded to fly to Lisbon for a match against Portugal and promised a million euro bonus for a successful result.

The national team earned a direct ticket to the FIFA World Cup after beating Portugal 2-1.

The following day, the promised funds were transferred to the account of the Football Union of Serbia (FSS). However, the players decided to donate the money for the treatment of sick children in the country.