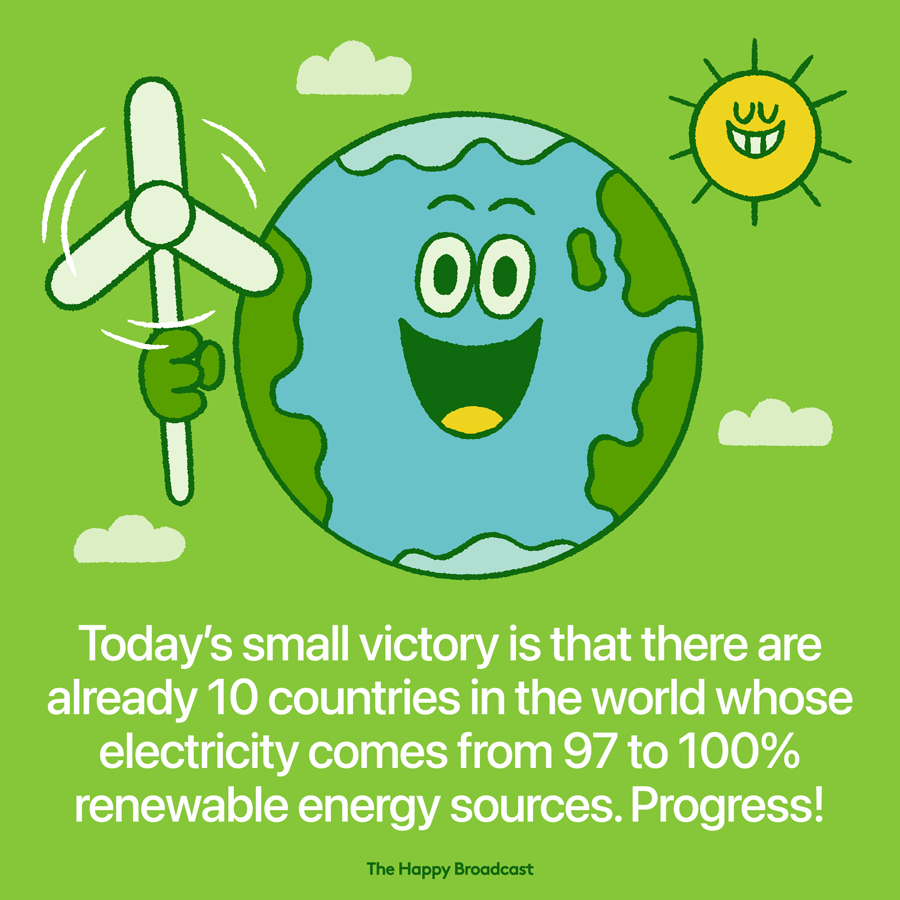 Several African countries are on the list, along with countries in South America and the Caribbean.

Scotland, for example, is very heavy on wind, and has managed to get to 90% renewables. Kenya gets 44% of its power from geothermal. This shows us that as more countries get to the point where they’d earn an “A” on a test, we’re going to see much greater diversity in how they got there. Some countries will start to show up with large amounts of solar, tidal, or wave power.

In countries like Albania, most of the power comes from hydroelectric power. This isn’t surprising, because hydroelectric power has been around for a LONG time. It’s relatively cheap, it’s reliable, and it’s able to generate power any time of day or night and in almost any season.

Moving towards 100% renewable energy sources of electricity will become easier over time, as wind, solar and other renewables become more efficient and large utility-scale battery storage technologies become capable of storing larger quantities of energy for use when needed.