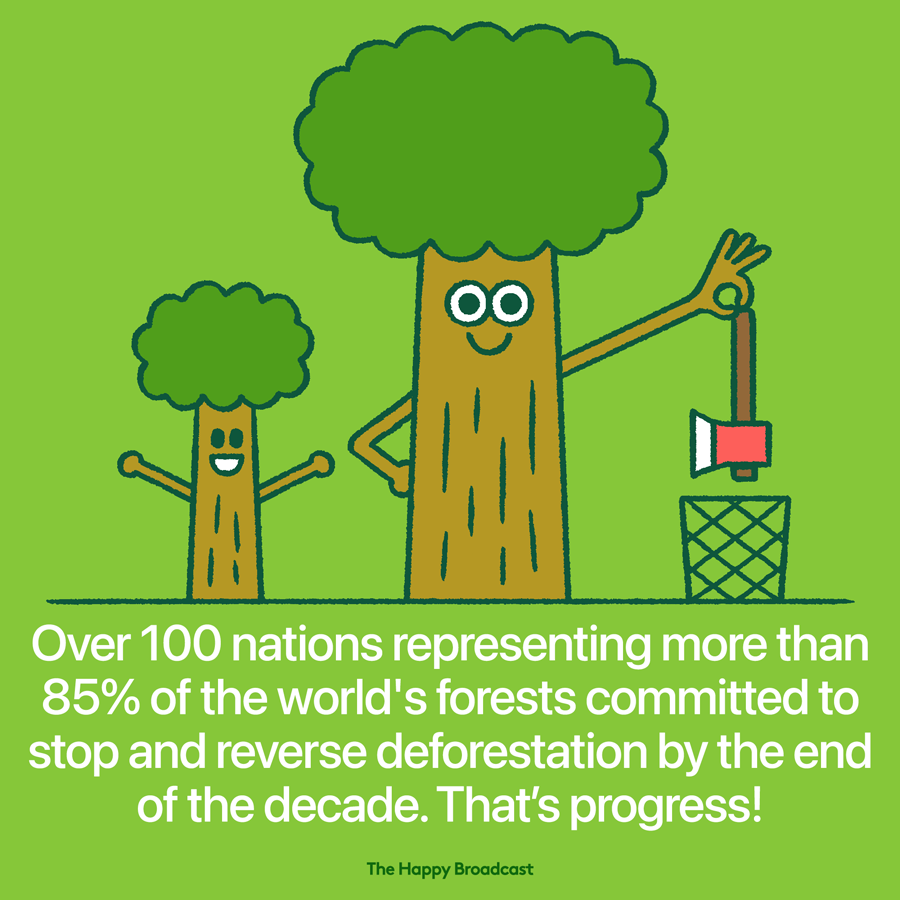 Ending deforestation is our best chance to conserve wildlife and defend the rights of forest communities. On top of that, it’s one of the quickest and most cost effective ways to curb global warming.

There are some reasons to be cautious, as several past forest protection schemes have come and gone. But reducing and even halting deforestation is possible. Global deforestation rates have declined, decade on decade, since their peak of the 1980s; for the past 30 years, temperate forests have seen a continued increase in forest cover.

More than 100 world leaders have promised to end and reverse deforestation by 2030, in the COP26 climate summit's first major deal. The deal is consequential to the climate as forests, when they are logged or degrade, emit carbon dioxide (CO2) into the atmosphere, accounting for around 11% of the world's total CO2 emissions.

Among the nations taking part are Canada, Russia, Brazil, Colombia, Indonesia and the Democratic Republic of the Congo, all of which have significant tracts of forest. Brazil in particular has come under criticism for allowing an increase in the deforestation of the Amazon in recent years. The US and China will also be party to the agreement.