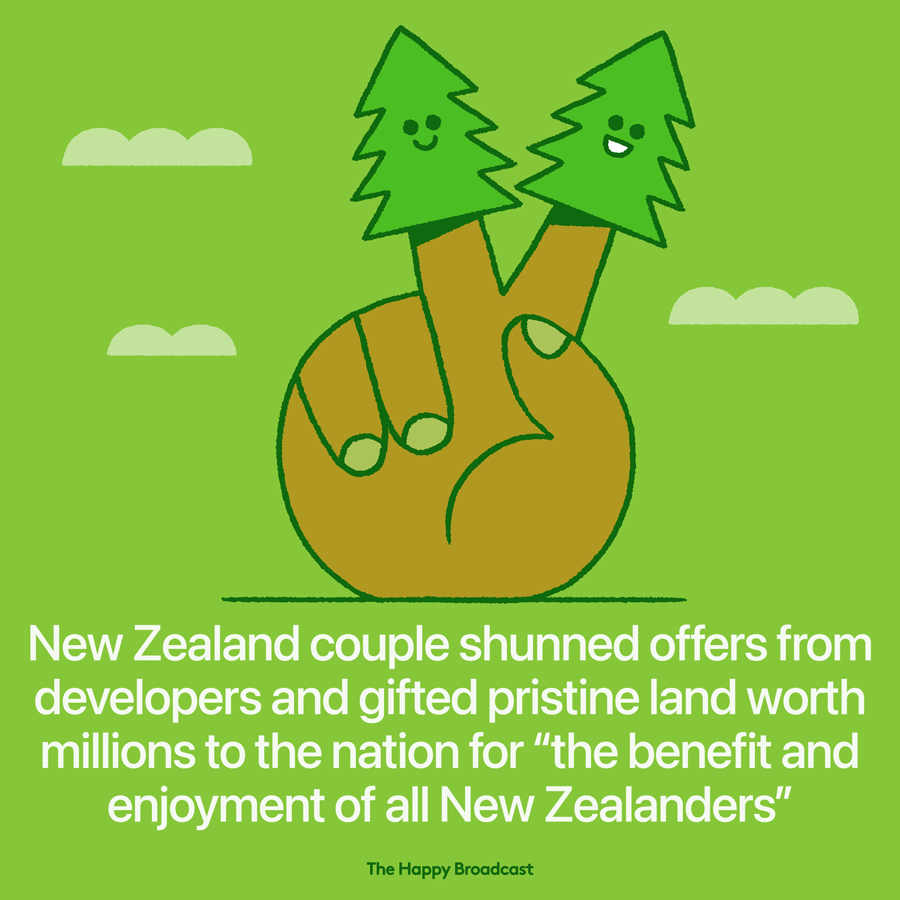 A couple has gifted 900 hectares of pristine land by the edge of Lake Wakatipu to the government of New Zealand, shunning offers from developers and insisting it was the right thing to do. The land located at the foot of the Remarkables range will become open to everyone in 2022, after being handed over to the Queen Elizabeth II National Trust for “the benefit and enjoyment of all New Zealanders”.

The couple Dick and Jillian Jardine, whose family have owned and worked the land for 98 years, want to see it protected and loved for another century. “We thought about this idea and it just stuck so it feels like the right thing to do,” she said. “We want to keep it as it is forever, we don’t want buildings all over it or housing, there’s so much housing going in … we want to be part of saving something.”

Despite having numerous offers from overseas developers, the Jardines – who are well-known local philanthropists – declined. In a statement, the trust said the gift was “hugely significant for the Wakatipu area and wider New Zealand”.