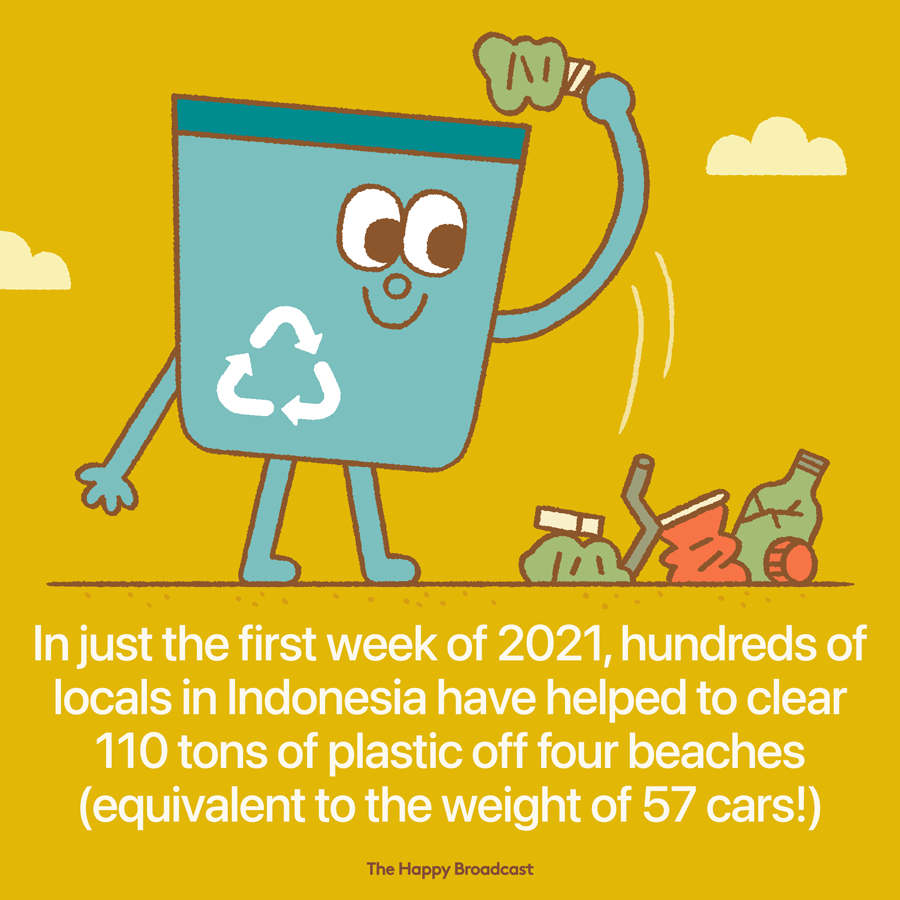 A great reminder from Indonesia about the power of the people that worked together to pick up trash and litter in their community.

Hundreds of people continued cleanup efforts at Kuta Beach on the Indonesian island of Bali on January 4, after tons of waste washed up on the beach over the new year.

The trash was reportedly loaded onto trucks and transported to a landfill site.