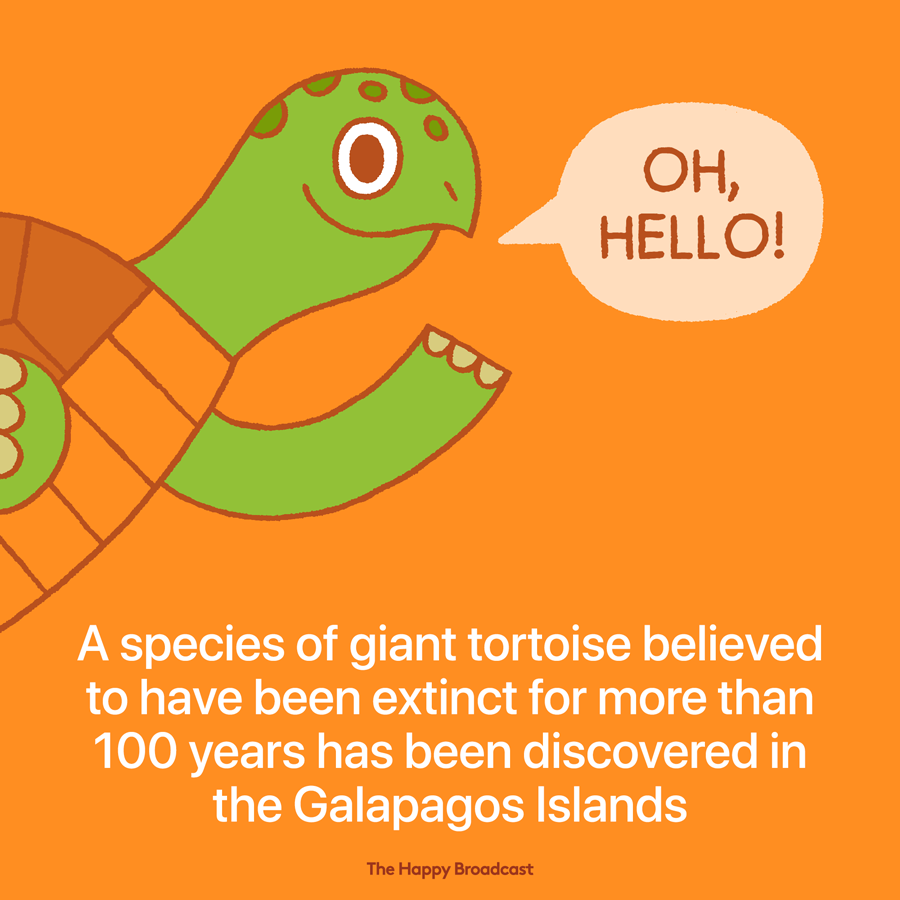 A living member of species of tortoise not seen in more than 110 years and feared to be extinct has been found in a remote part of the Galápagos island of Fernandina.

An adult female Chelonoidis phantasticus, also known as the Fernandina giant tortoise, was spotted by a joint expedition of the Galápagos National Park and the US-based Galapagos Conservancy.

The only other living member of the species was found in 1906. Since then, expeditions have encountered tortoise faeces and bite marks on cacti, and there was a possible unconfirmed sighting in 2009. This discovery was the first confirmed sighting and together with the possibility of finding more members of the species has raised the possibility of breeding.