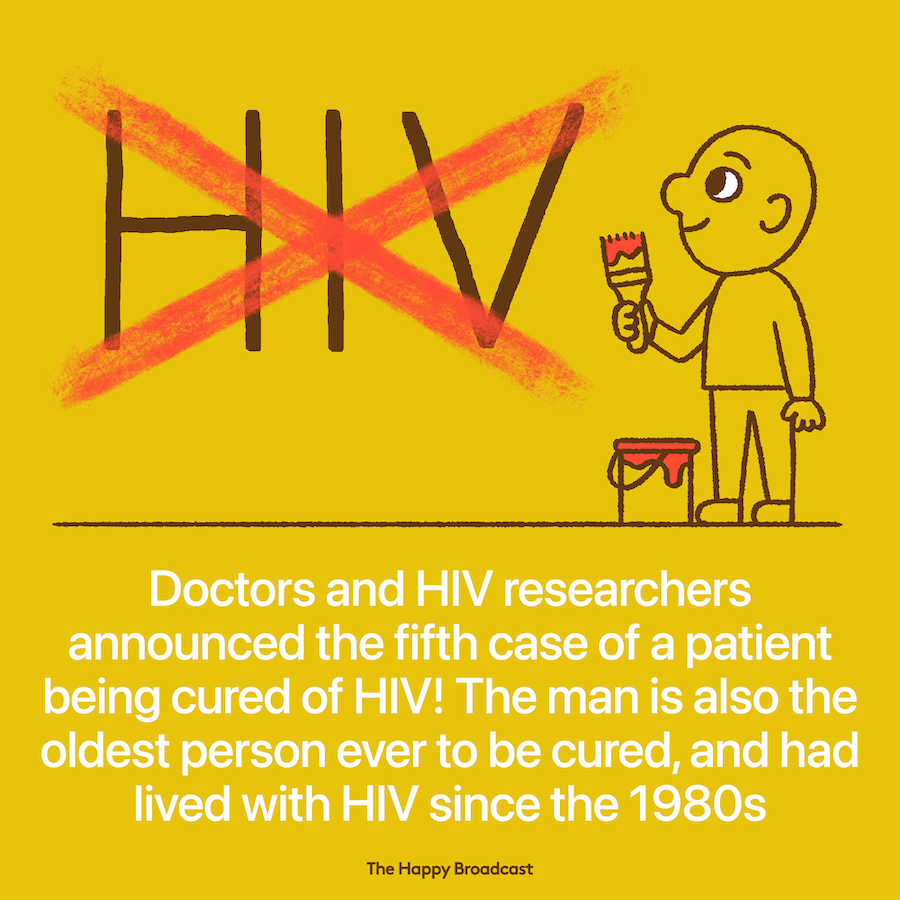 Doctors and HIV researchers announced the fifth case of a patient being cured of HIV. The man is also the oldest person ever to be cured, and had lived with HIV since the 1980s.

A 66 year-old gay man, who doesn’t want to be identified and is referred to as the ‘City of Hope patient’ after the Californian cancer centre where he was treated, has become the fifth person to be cured of HIV. After developing leukemia at the age of 63, the man was given a bone marrow transplant to treat it from a donor who happened to be naturally resistant to HIV.

The stem cell transplant allowed the new immune system from the donor to gradually overtake the old one in the fifth patient to be cured of HIV, making the man apparently viable-virus free.