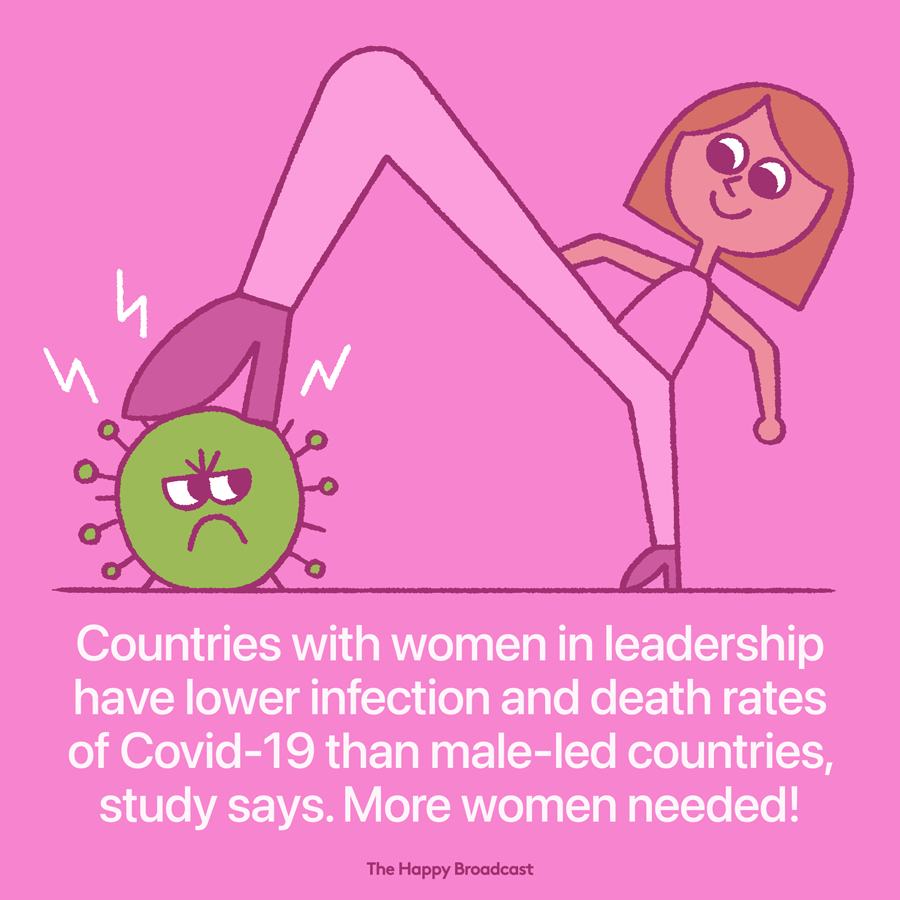 A recently released study finally tests the idea that women heads of state (Germany, New Zealand, Taiwan, Iceland…) have excelled at handling the coronavirus crisis. The research, conducted by two economists at UK universities, suggests this phenomenon is more than just anecdote.

Experts claim that female leaders are humble, that they welcome diverse viewpoints, that they’re less constrained by traditional trappings of leadership, that they are more accepting of science, and more hands-on.

The success of these and other women-led governments in dealing with a global pandemic is all the more noteworthy, given that women make up less than 7% of world leaders.

It is long past time for us to recognize that the world is in dire need of more women leaders and equal representation of women at all levels of politics.