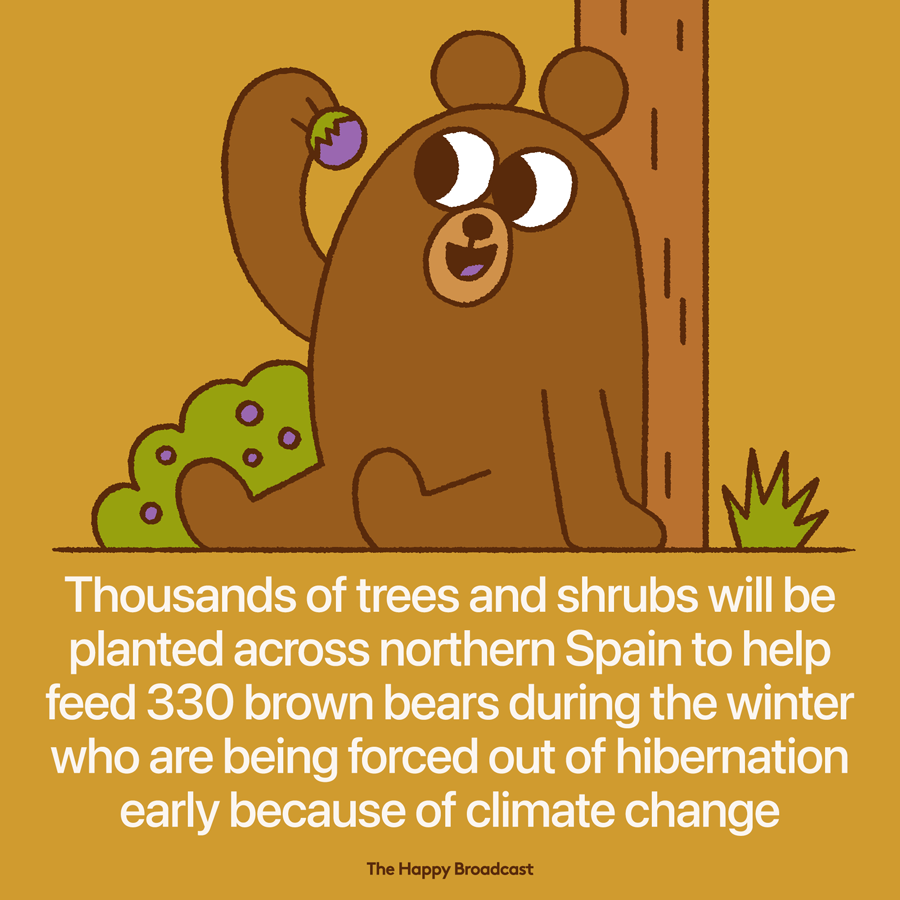 A series of scientific studies have found that warmer winters have also affected the food sources which bears depend on.

As part of a project backed by the European Union and the Spanish government, 150,000 native trees and shrubs will be planted, producing fruit such as chestnuts, cherries, apples and alder buckthorn across 155 hectares in Cantabria, Castilla y Leon and Asturias.

There are estimated to be about 330 brown bears living in northern Spain and the species is classified as endangered.

The project also aims to educate the human population about how they should adapt to having more bears in woods and mountains during the winter.