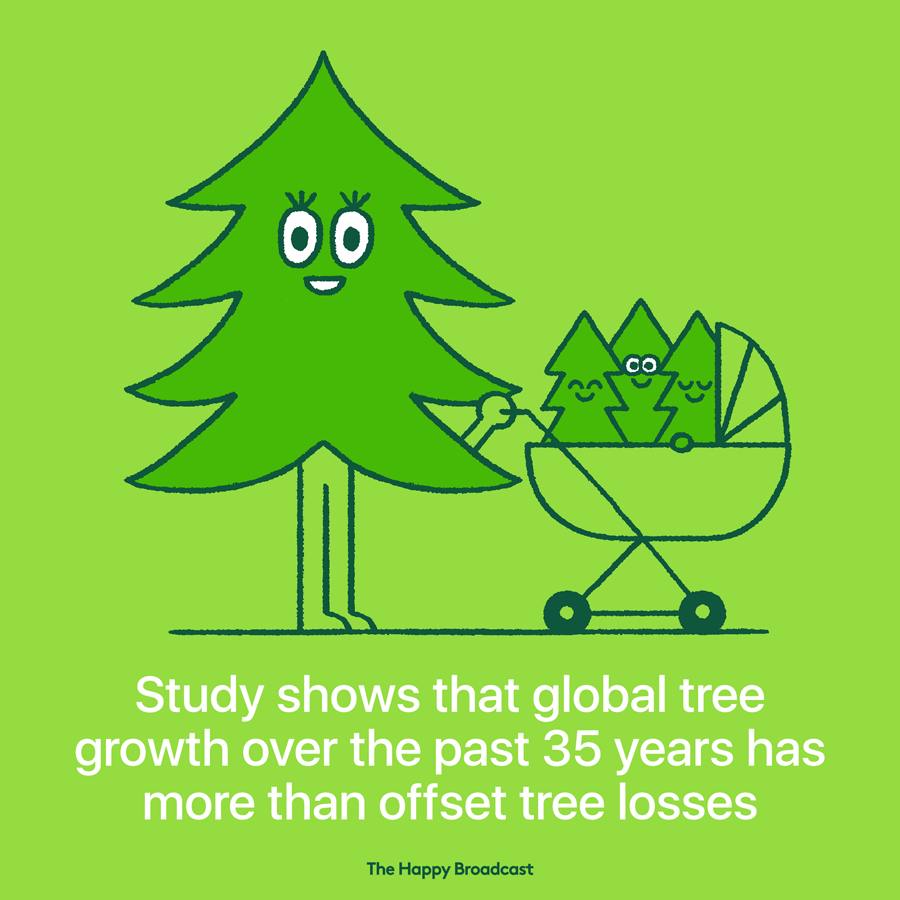 A team of researchers from the University of Maryland, the State University of New York and NASA’s Goddard Space Flight Center has found that new global tree growth over the past 35 years has more than offset global tree cover losses.

By comparing daily readings, the researchers were able to see small changes occurring regularly over a relatively long period of time—which added up to large changes. Over the entire span, the researchers found that new tree cover had offset tree cover loss by approximately 2.24 million square kilometers—which they note is approximately the size of Texas and Alaska combined.