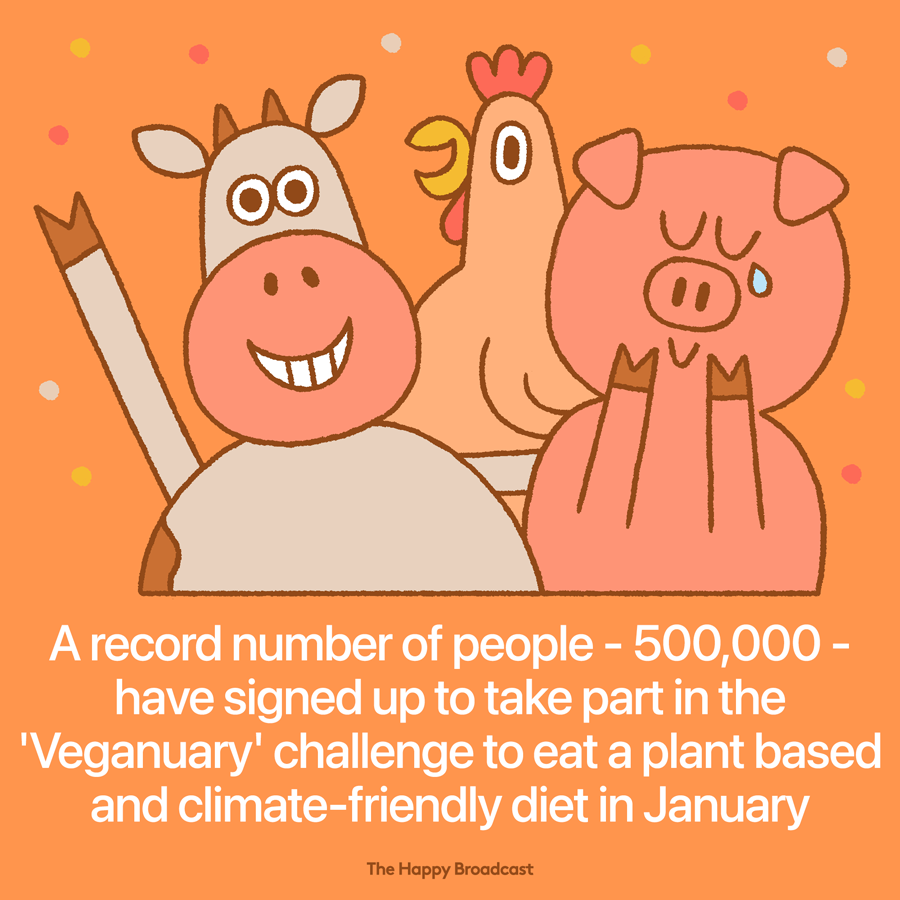 According to Veganuary’s official numbers, 500,000 individuals have signed up to the challenge - the highest number since its launch in 2014. Veganuary is a non-profit dedicated to motivating people to try a vegan diet for the month of January, and maybe keep it up the whole year round.

The challenge’s popularity comes as a growing body of scientific research indicates that adopting a plant-based diet is one of the best things that people can do to reduce their environmental impact.

According to the latest statistics by Harvard University researcher Dr. Helen Harwatt, the cohort of Veganuary pledgers have saved more than 103,000 tonnes of carbon dioxide – equivalent to the emissions of driving around the entire planet around 15,000 times. This research further observed that pledging to Veganuary has resulted in saving 6.2 million liters of water, 3.4 million animal lives, and has avoided 405 tonnes of eutrophication, which is the same as sparing 1,645 tonnes of sewage from polluting waterways.

If you are still looking for a New Year’s resolution, it is not too late to sign-up for the challenge. You can do that at https://veganuary.com/.