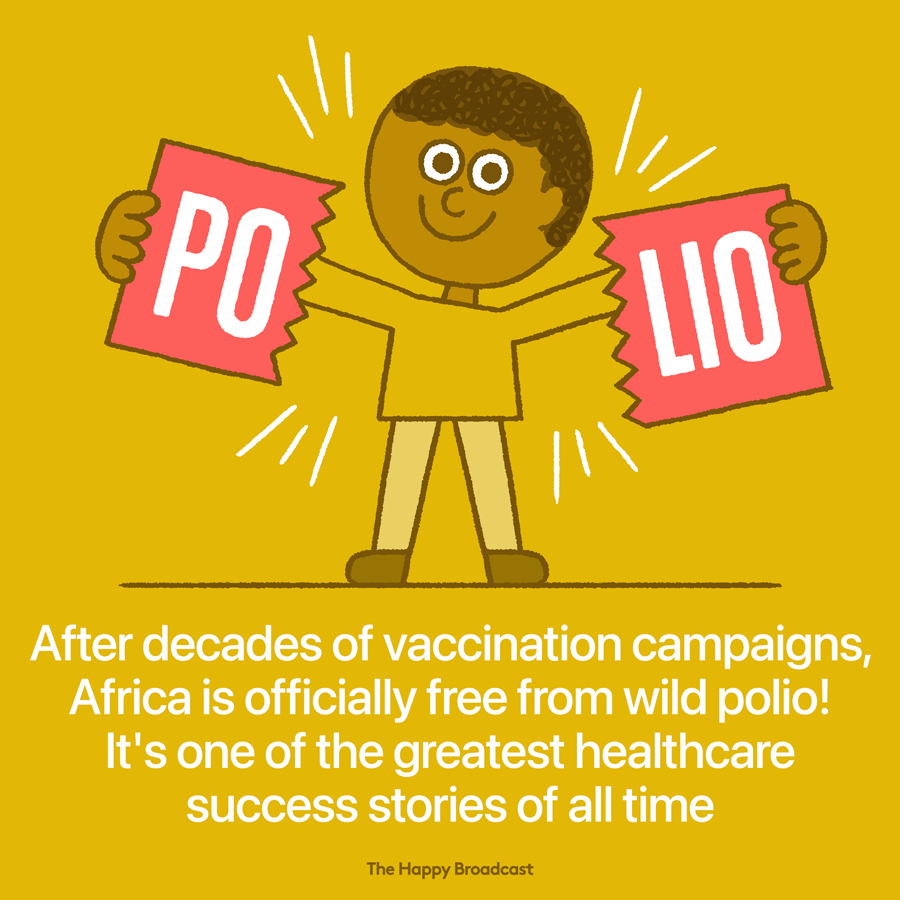 Africa has been declared free from wild polio by the independent body, the Africa Regional Certification Commission.

Polio usually affects children under five, sometimes leading to irreversible paralysis. Death can occur when breathing muscles are affected. Twenty-five years ago thousands of children in Africa were paralysed by the virus.

There is no cure but the polio vaccine protects children for life. More than 95% of Africa’s population has now been immunised, averting an estimated 1.8 million cases of wild poliovirus. This was one of the conditions that the Africa Regional Certification Commission set before declaring the continent free from wild polio.

The achievement is the result of Herculean vaccination and surveillance efforts by the international community and health care workers, often working in some of the most dangerous areas of Africa. As Moeti noted, some of those health workers lost their lives “for this noble cause.” In Nigeria, they ventured into insurgent territory just after bomb blasts to deliver vaccines to children.