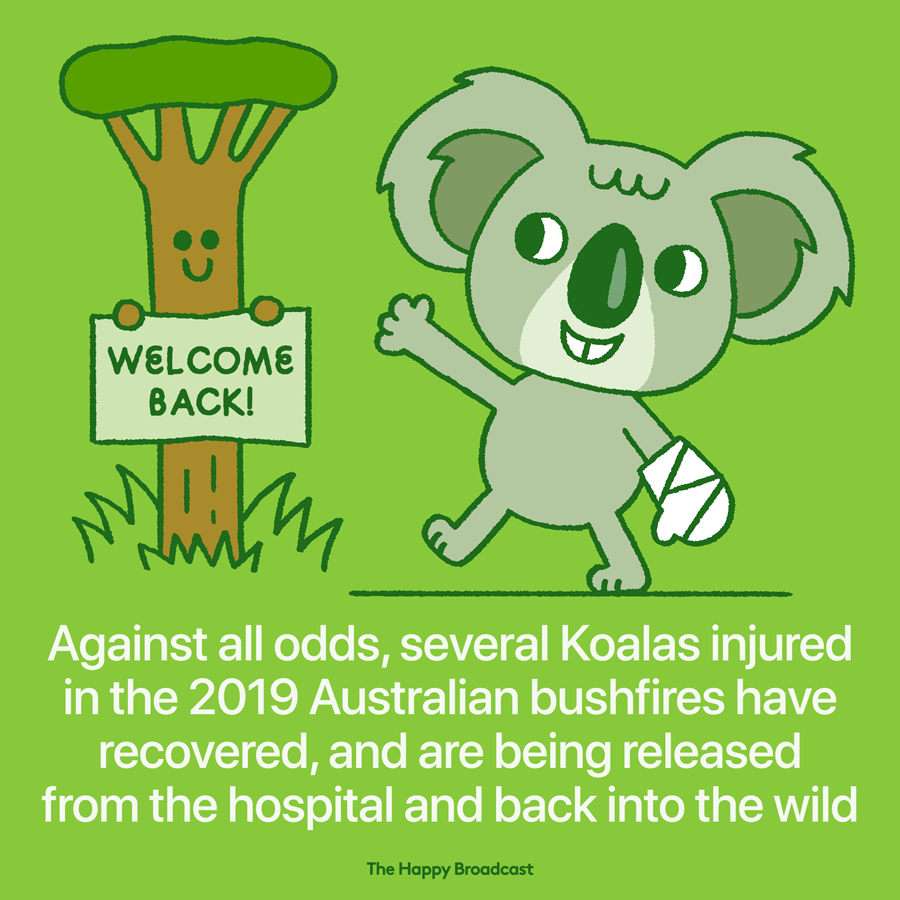 After healing from injuries they sustained in the 2019 Australian wildfires, 26 koalas, including seven joeys, are being released back into the wild to Australia’s Blue Mountains.

Anwen, a 4-year-old female koala, was the third patient admitted to the world’s only all-koala hospital, Port Macquarie Koala Hospital, in the Australian state of New South Wales. Photos of her went viral in October 2019 due to burns she sustained in wildfires that covered 90% of her body.

Anwen is now one of 26 koalas, including seven joeys, that was released in the Lake Innes Nature Reserve over the course of a week. Hospital employees carefully considered a mix of koala ages and sexes in order to make for a well-rounded community, especially in hopes the animals will breed and grow their population in the wild.

The release is the first step of rehabilitating the animals and environment that suffered in Australia’s bushfires. The emergency is not over so please consider donating to the Blue Mountains Koala Project - link in bio.