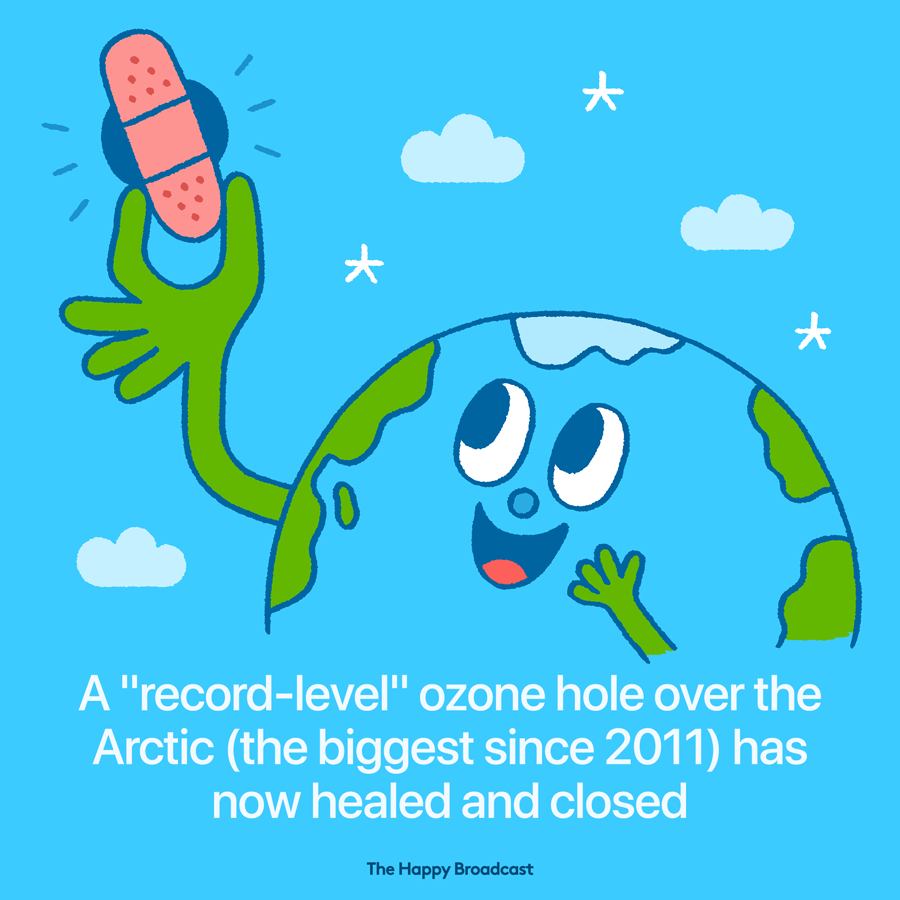 After looming above the Arctic, the single largest ozone hole ever detected over the North Pole has finally closed, researchers from the European Union’s Copernicus Atmosphere Monitoring Service (CAMS) reported.

The gap in the vital layer, which protects the Earth from harmful radiation from the sun, set a new record for ozone depletion in the northern hemisphere, the area was roughly the size of Greenland, and stretched over the top of the polar icecap.

Asked by one respondent whether it was due to less pollution because of the lockdowns to prevent the spread of Covid-19, the organisation replied: “This Arctic ozone hole actually has nothing to do with coronavirus-related lockdowns, but rather was caused by an unusually strong and long-lived polar vortex.”

Scientists from the European Space Agency (ESA) said that they had predicted the hole to heal as temperatures increased, breaking down the Arctic polar vortex and allowing ozone-depleted air to combine with ozone-rich air from lower altitudes.