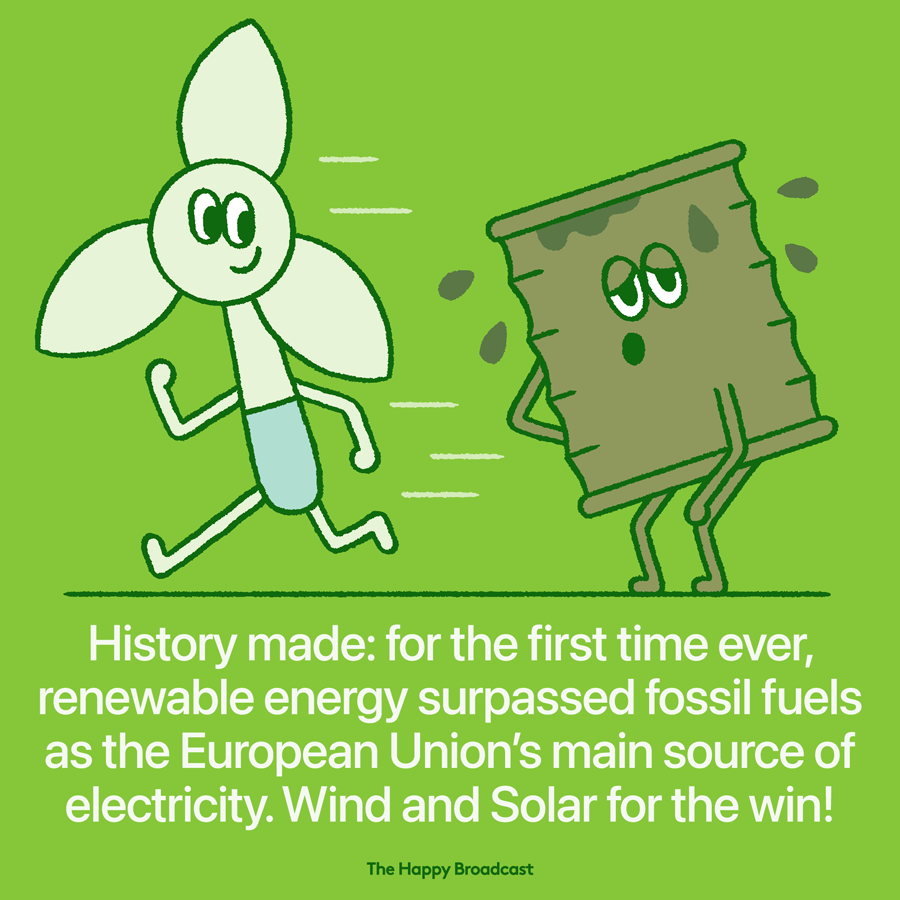 An annual report tracking power use in the European Union has revealed that renewables delivered 38% of the total electricity in 2020, just about squeaking ahead of the 37% generated by fossil fuels.

European emissions from electricity have been falling at record rates over the past five years, becoming almost 30% cleaner since 2015. The changes is largely the result of the growing capacity of solar and wind power, both of which have almost doubled in that time to account for almost one-fifth of total electricity production. Meanwhile coal power has dropped by one-fifth, and now accounts for a record low 13% of electricity produced in Europe.

Europe is relying on wind and solar to ensure not only coal is phased out by 2030, but also to phase out gas generation, replace closing nuclear power plants, and to meet rising electricity demand from electric cars, heat pumps and electrolysers.

The news comes as EU leaders last month agreed a series of new climate targets, including a commitment to cut greenhouse gas emissions by 55% from the levels they were at in 1990 by 2030.