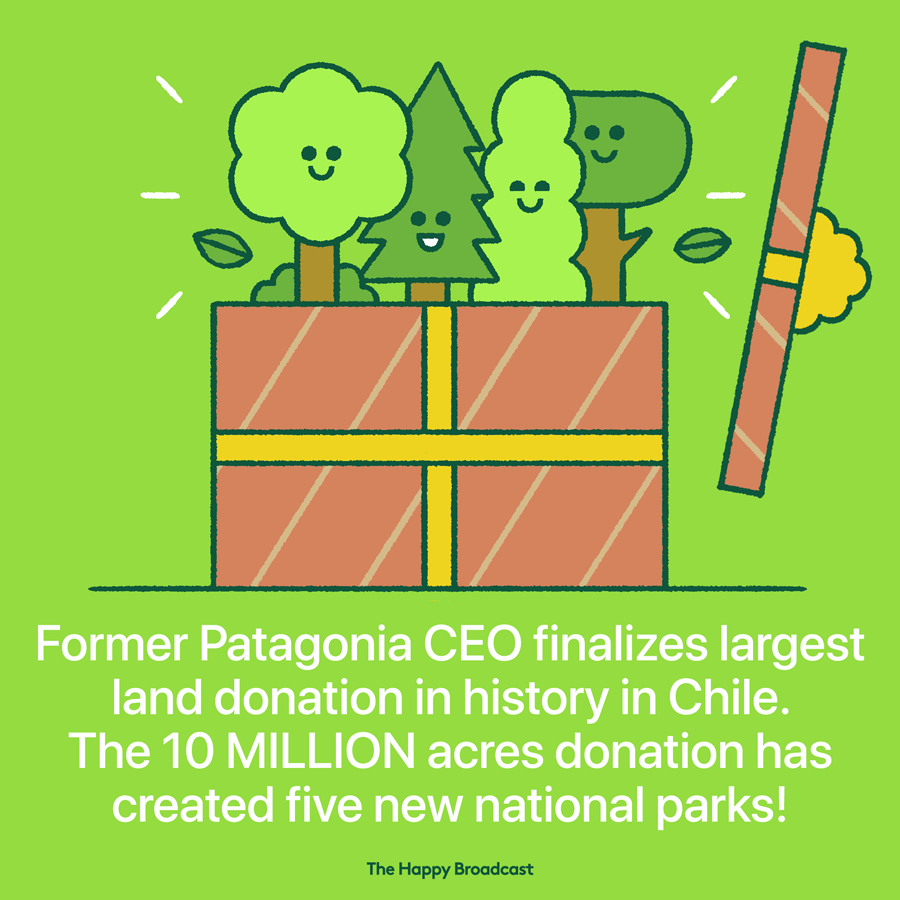 An incredible donation of 1 million acres of rainforests!

In what’s being billed the world’s largest donation of privately held land, American philanthropist Kristine Tompkins—the co-founder of Tompkins Conservation, along with her late husband Doug Tompkins—has handed over slightly more than a million acres of land to Chile.

The Chilean government, for its part, has contributed nearly nine million acres of federally owned land. In all, the newly designated parkland is roughly the size of Switzerland.

A California native, Tompkins served as the CEO of the clothing company Patagonia before marrying Doug Tompkins, a founder of The North Face and Espritclothing companies. The couple spent more than two decades acquiring land in southern Chile and restoring it to wilderness.