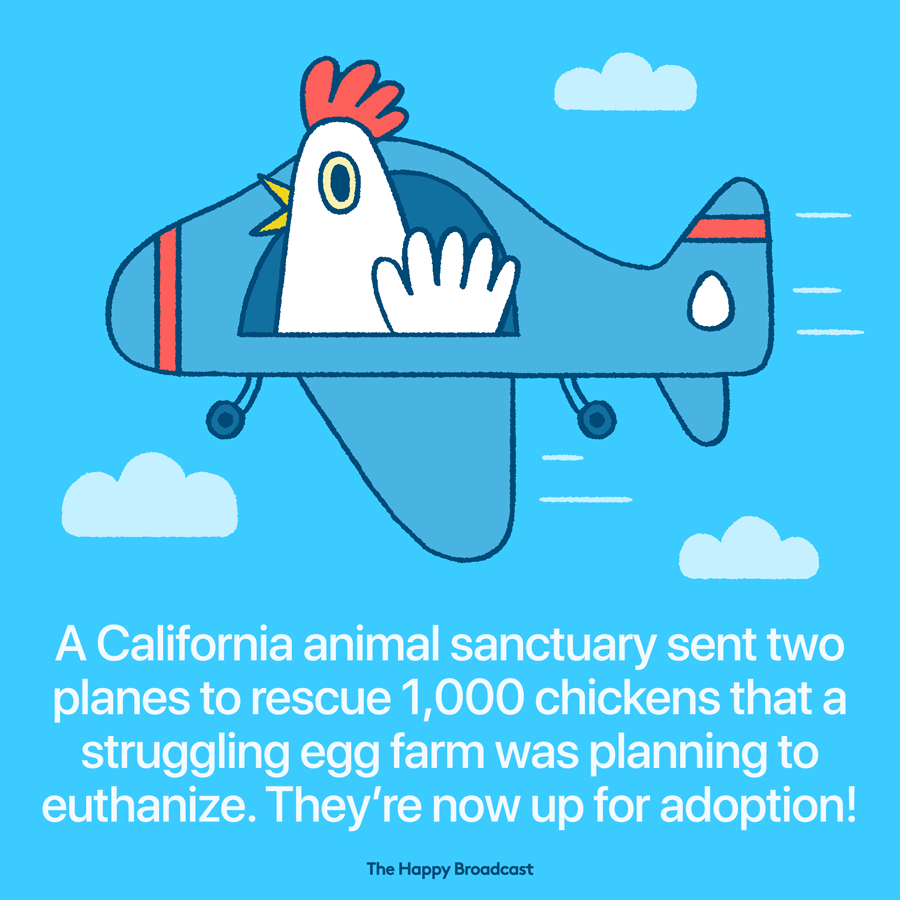 Animal Place chartered two private planes – that was paid for by a donor – to Iowa to transport the animals to their new home in California. Two of the animal sanctuary’s staff members also made the nearly 30-hour drive to the farm to oversee the rescue.

The egg farm decided to scale down operations and planned to euthanize more than 100,000 hens with carbon dioxide gas. The Iowa farm agreed to allow Animal Place, a large animal sanctuary in northern California, to rescue 1,000 of those hens.

The animals now live in Grass Valley, California, at Animal Place, one of the oldest and largest sanctuaries in the state, according to the group. The hens will be nursed back to health and available for adoption for backyard flocks throughout the state ( link in bio).

Animal Place said that any of the rescued hens that are too ill to be adopted will remain at the sanctuary and be given lifelong care.