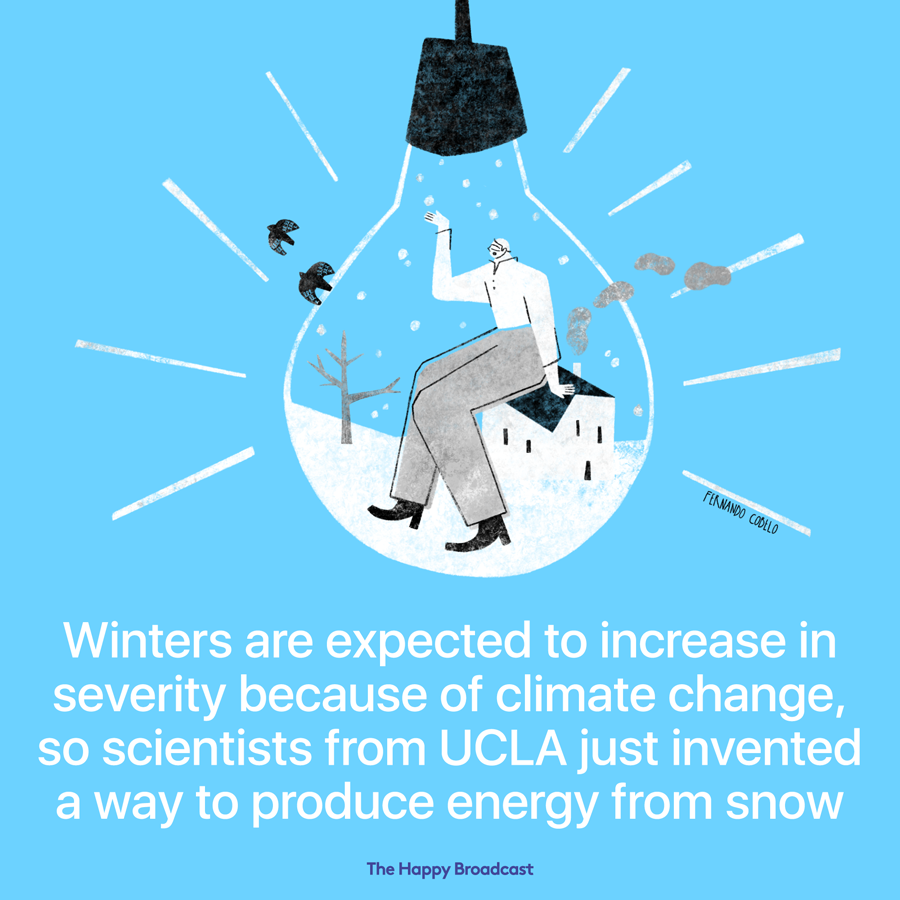 As a result of global warming, winters are only going to get more severe, but there’s at least one silver lining as researchers from UCLA have come up with a way to harness electricity from all that snow.

UCLA researchers and colleagues have designed a new device that creates electricity from falling snow. The first of its kind, this device is inexpensive, small, thin and flexible like a sheet of plastic.

Snow is positively charged and gives up electrons. Silicone — a synthetic rubber-like material that is composed of silicon atoms and oxygen atoms, combined with carbon, hydrogen and other elements — is negatively charged. When falling snow contacts the surface of silicone, that produces a charge that the device captures, creating electricity.