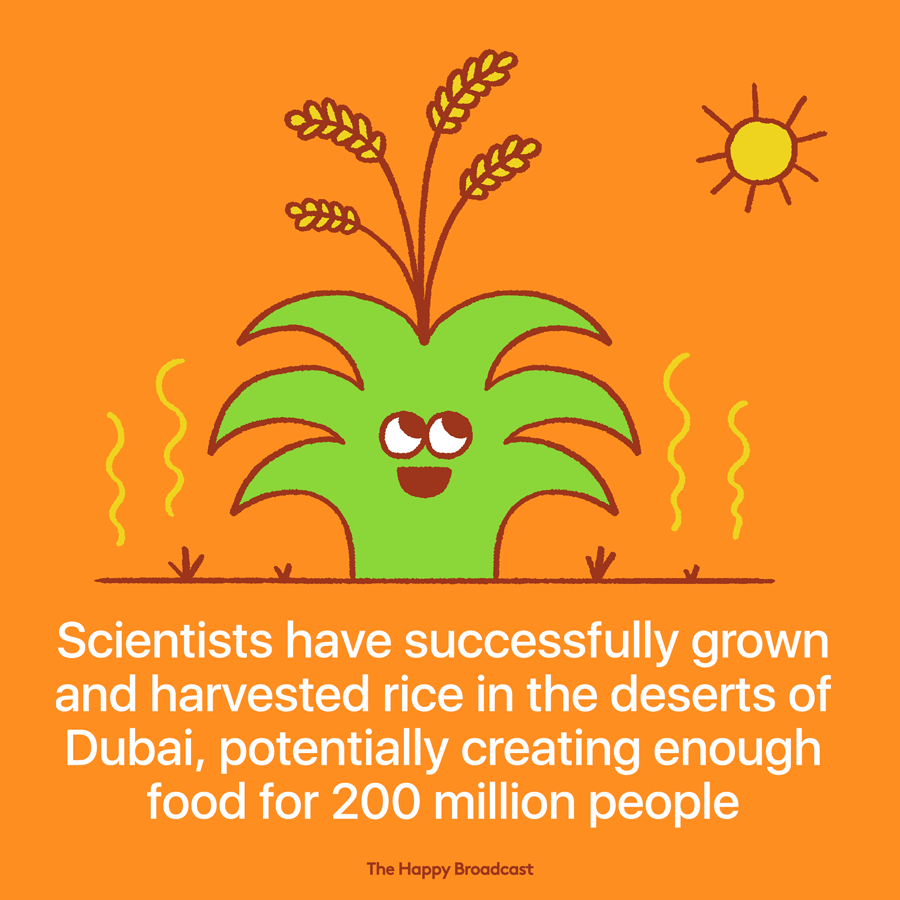 As the world’s population soars above 7 billion, the threat of climate change weighs heavily on global food supply.

A team from China’s Qingdao Saline-Alkali Tolerant Rice Research and Development Centee lead by China’s renowned ‘father of hybrid rice’, Yuan Longping has grown dozens of varieties of rice in sand and diluted seawater on the outskirts Dubai, where fresh water is too precious to use for growing water-intensive crops (rice is traditionally grown in soil and freshwater).

While scientists in some countries where water shortages are a serious concern – such as Israel or Australia – have been developing desalination techniques to convert seawater for use in agriculture, China has been working to develop strains of salt-resistant rice for the past four decades.

China and Dubai also signed an agreement to promote seawater rice across the Arab world, in order to reduce the risk of food shortages in the future.