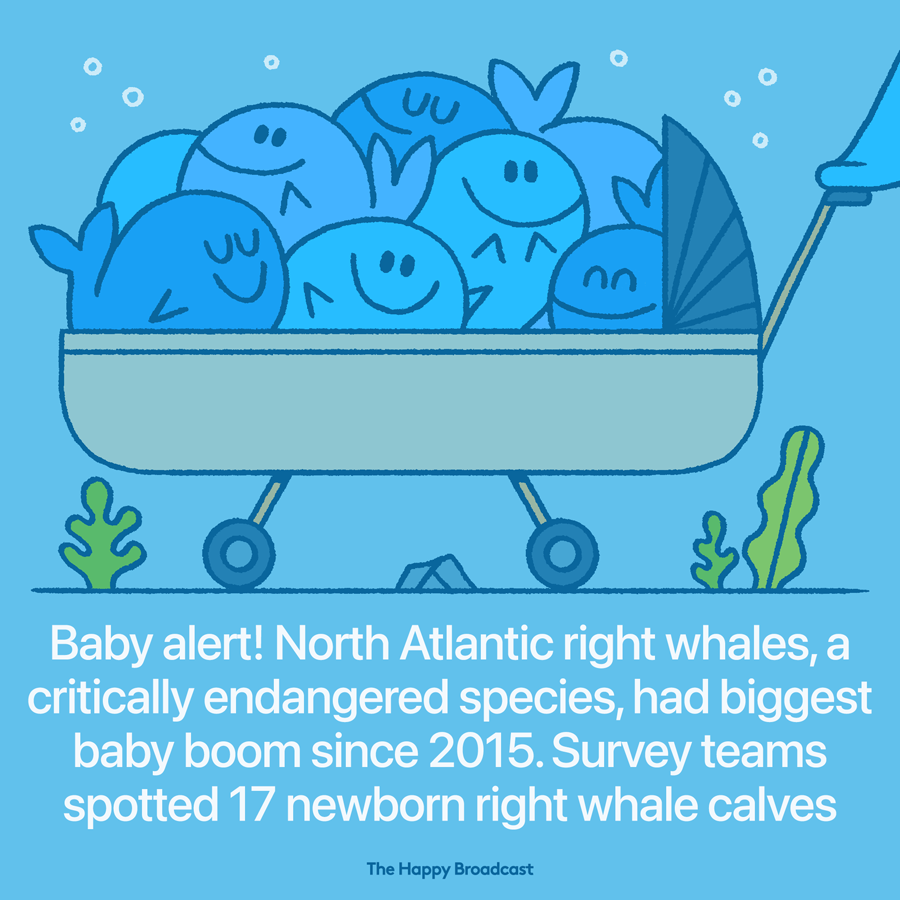 North Atlantic right whales gave birth over the winter in greater numbers than scientists have seen since 2015, an encouraging sign for researchers who became alarmed three years ago when the critically endangered species produced no known offspring at all.

The overall calf count equals the combined total for the previous three years. That includes the dismal 2018 calving season, when scientists saw zero right whale births for the first time in three decades. Still, researchers say greater numbers are needed in the coming years for North Atlantic right whales to rebound from an estimated population that's dwindled to about 360.

The U.S. government is expected to finalize new rules soon aimed at decreasing the number of right whales tangled up in fishing gear used to catch lobster and crabs in the northeast.