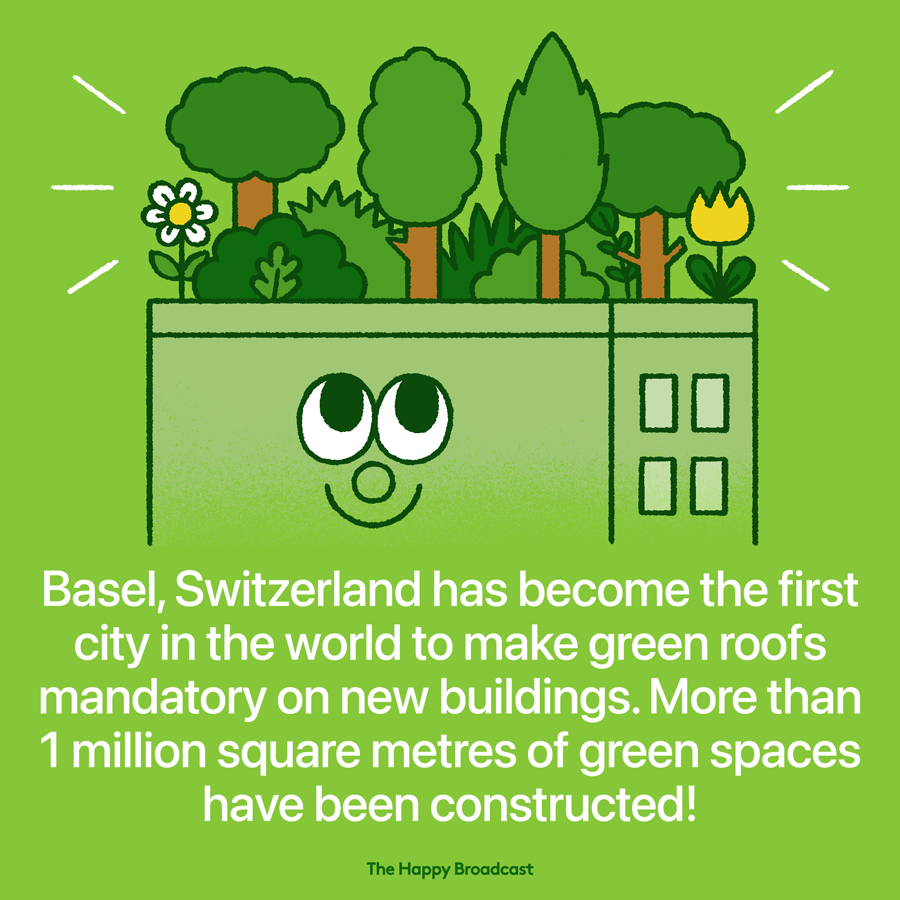 Inner-city green spaces have a myriad of benefits, for climate change, but also vastly improving mental health and physical health.

Basel, a major city in west Switzerland, has come up with an ingenious way of adding some much-needed greenery to urban areas. Utilising their once empty flat-roof space, Basel’s city planning authority have made green roofs compulsory. This new requirement adds patches of green space which defuse humidity and help to cool buildings off quicker during the summer months.  As part of Basel’s biodiversity strategy, for the past 15 years, green spaces have been mandatory on all new and retrofitted buildings with flat roofs. Now that this has been made compulsory, more than 1 million square metres of green roofs have been constructed, making it the leading city in ‘greening’ its urban spaces.

Researcher at the Institute for the Environment and Natural Resources in Zurich Dr Stephan Brenneisen has been advising Swiss developers and contractors for years to achieve green innovation.