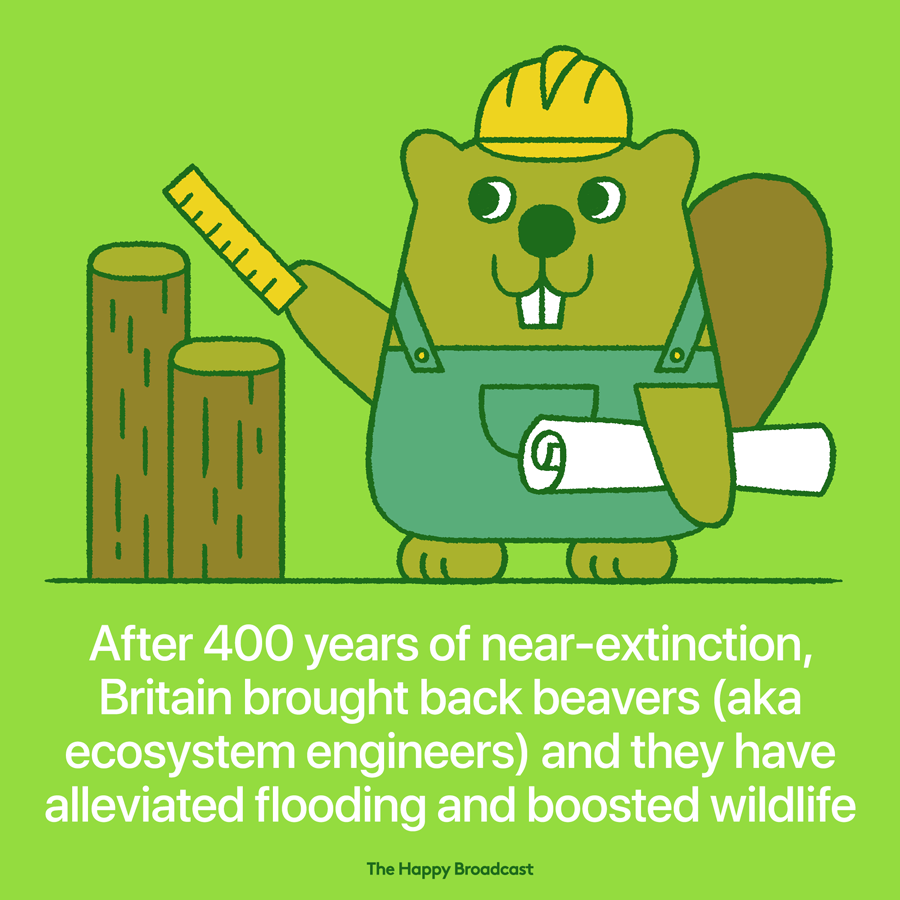 Beavers hadn’t been seen in Britain for around 400 years after they were wiped out by hunters who prized the animals for fur, meat and glandular oil, which was used as a treatment for headaches. Now they are returning, thanks to a handful of pilot projects in England and Scotland that have reintroduced colonies into the countryside.

The five-year study has shown that beavers have alleviated flooding, reduced pollution and boosted populations of fish, amphibians and other wildlife.

The beavers’ positive impact includes one family constructing six dams upstream of the flood-prone village of East Budleigh. The dams have slowed the flow of floodwater through the village, reducing “peak flows” during flood events.

The scientists also found that the beavers played a significant role in filtering pollutants from the river. There were 37% more fish in pools created by beaver dams than in comparable stretches of river.