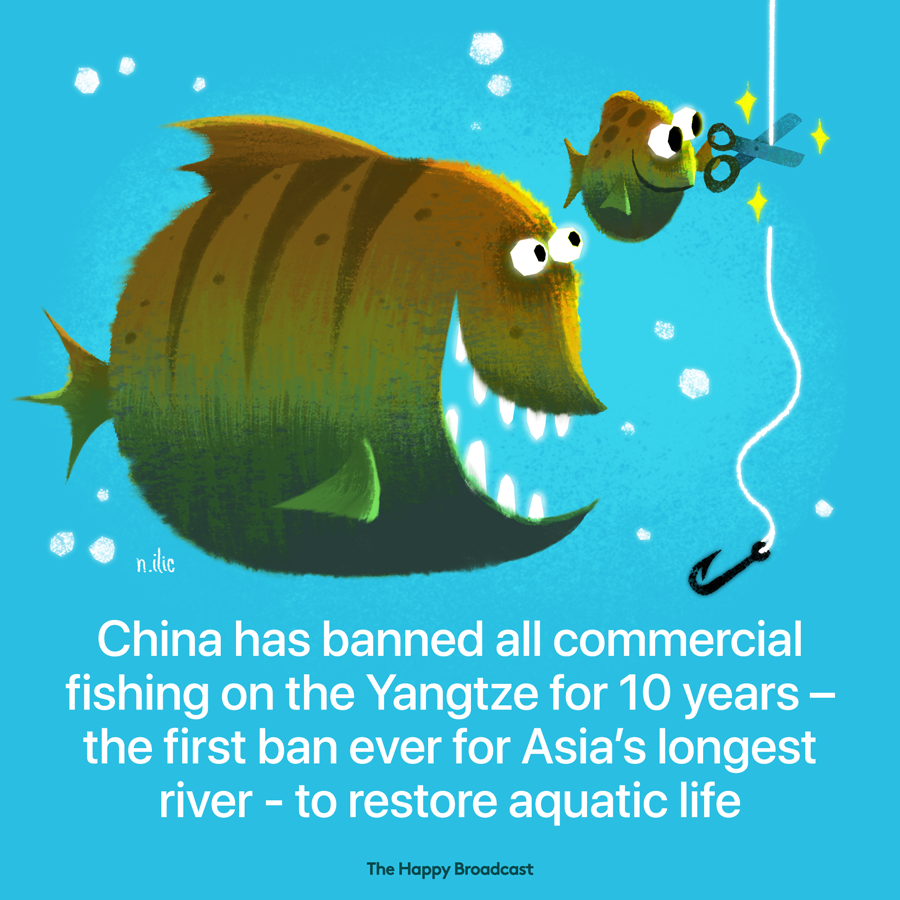 Because of all the negativity surrounding China and coronavirus, I want to highlight a positive news about the aquatic life of the Yangtze River as China has imposed a 10-year commercial fishing ban on the Yangtze – the first ever for Asia’s longest river – in a bid to protect its biodiversity.

Bam-building, pollution, overfishing, river transport and dredging had worsened the situation for the waterway’s aquatic species. As a result, the Yangtze had seen an “across-the-board decline” in populations of rare species such as the Chinese sturgeon, which is critically endangered.

“The Yangtze is a major river in the world in terms of its aquatic species diversity. IThe fishing ban is a key measure to effectively curb the decline of the river’s ecosystem and any further drop in biodiversity” Yu Zhenkang, vice-minister of agriculture and rural affairs said.