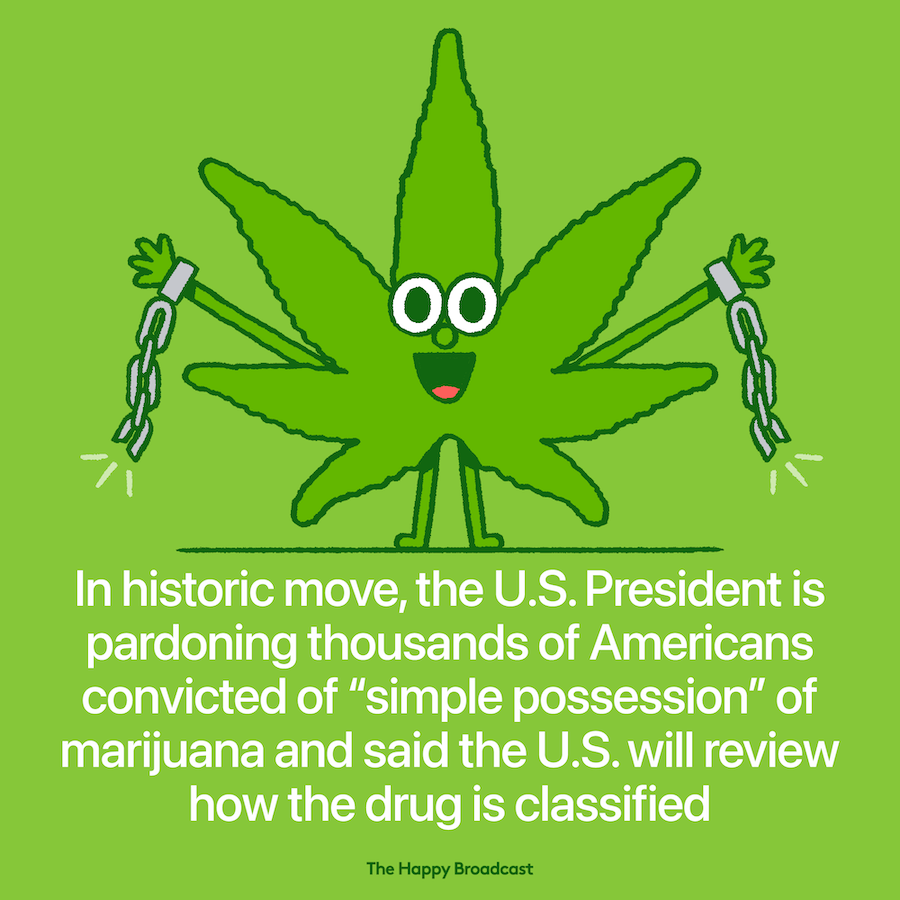 President Biden pardoned all individuals convicted on federal charges of simple marijuana possession, a move that the White House estimated would affect more than 6,500 people nationwide.

Biden urged all governors to follow his example, and called for a formal review of marijuana’s classification in federal law as a Schedule I drug — the same classification as heroin and LSD, and a stricter classification than fentanyl.

Black and Latino groups, whose communities are disproportionately affected by the enforcement of drug laws, have been especially outspoken in calling for marijuana decriminalization.

Weed is becoming more socially acceptable and popular, a factor that is being recognized below the federal level with multiple state ballot initiatives and laws legalizing it.