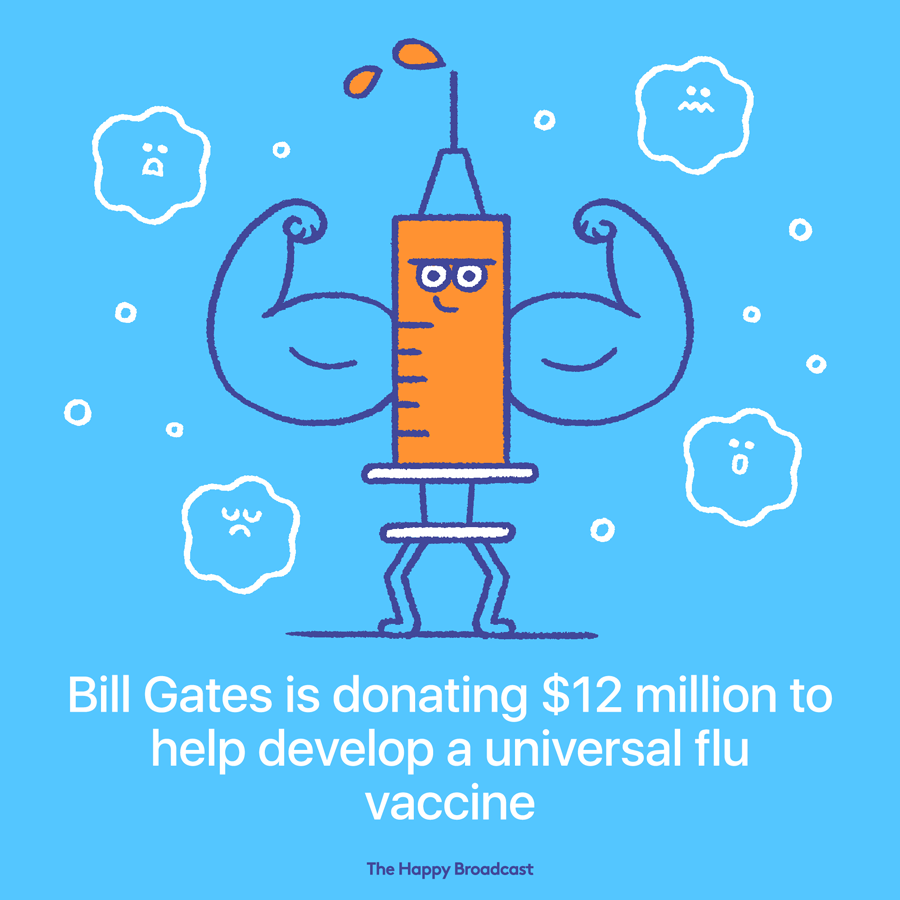 Bill Gates announced a commitment of $12 million to the development of a universal flu vaccine at a talk on epidemics organized by the Massachusetts Medical Society and the New England Journal of Medicine.⠀
⠀
The Universal Influenza Vaccine Development Grand Challenge will be funded by the Bill and Melinda Gates Foundation. Google co-founder Larry Page and his wife, Lucy, are also contributing funds.⠀
⠀
Since the 1918 Spanish flu epidemic, global health has progressed significantly; we’ve eradicated small pox, Gates noted, and we’re on the verge of eliminating polio. But we need to be better equipped if we want to be able to handle the next major infectious disease when it arrives.