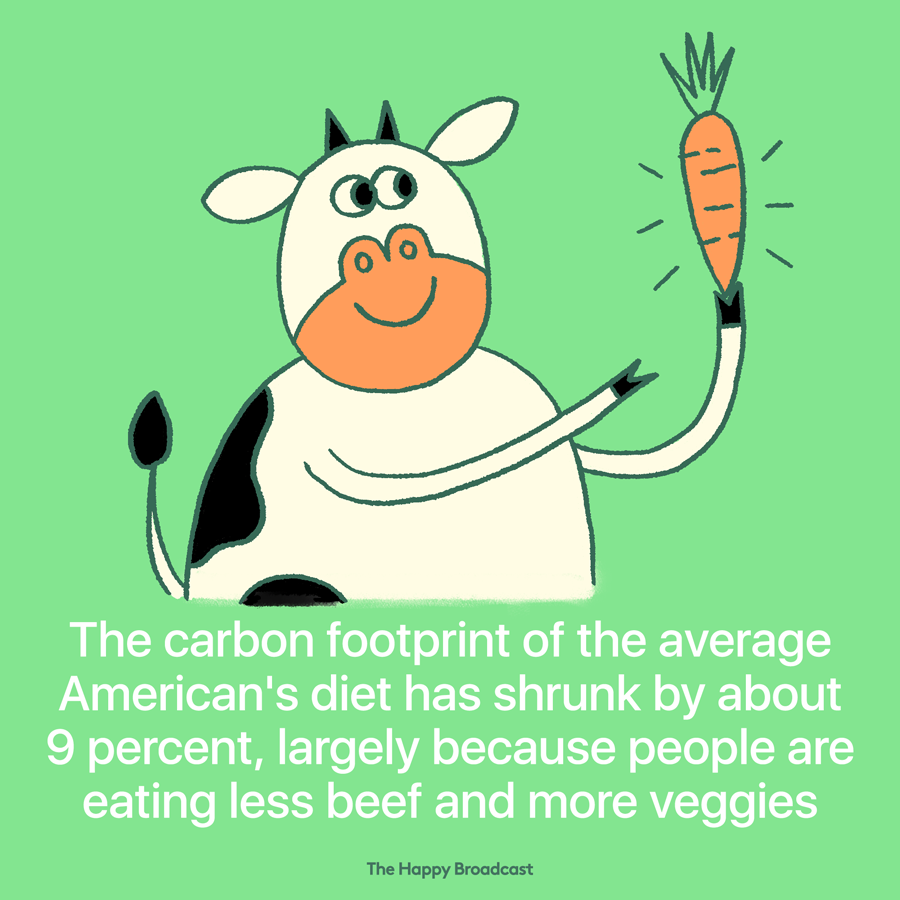 Changes in the American diet—lower consumption of not only beef, but orange juice, pork, whole milk and chicken—meant that the average American’s diet-related greenhouse gas emissions dropped from 1,932 kilograms in 2005 to 1,762 in 2014.

U.S. beef consumption fell by nearly one-fifth — or 19 percent — on a per capita basis from 2005 to 2014. Eating less beef resulted in pollution reductions equal to removing 39 million cars from U.S. roads.

Products from livestock, whether beef or dairy, have come under increasing scrutiny in recent years for their emissions. Raising cattle requires large amounts of land and feed, mostly corn and soy, which is heavily fertilized. Processing and applying fertilizer releases nitrous oxide, a gas with nearly 300 times the warming potential of carbon dioxide. Meanwhile, methane is emitted from cattle through their digestive systems and from manure disposal and it has at least 25 times the warming potential of carbon dioxide over a 100-year period.

Consumers should also waste less of the meat they do eat. About 20 percent of edible beef ends up in the trash so if we could cut beef waste in half, we’d improve the sustainability of the whole industry by 10 percent overnight.