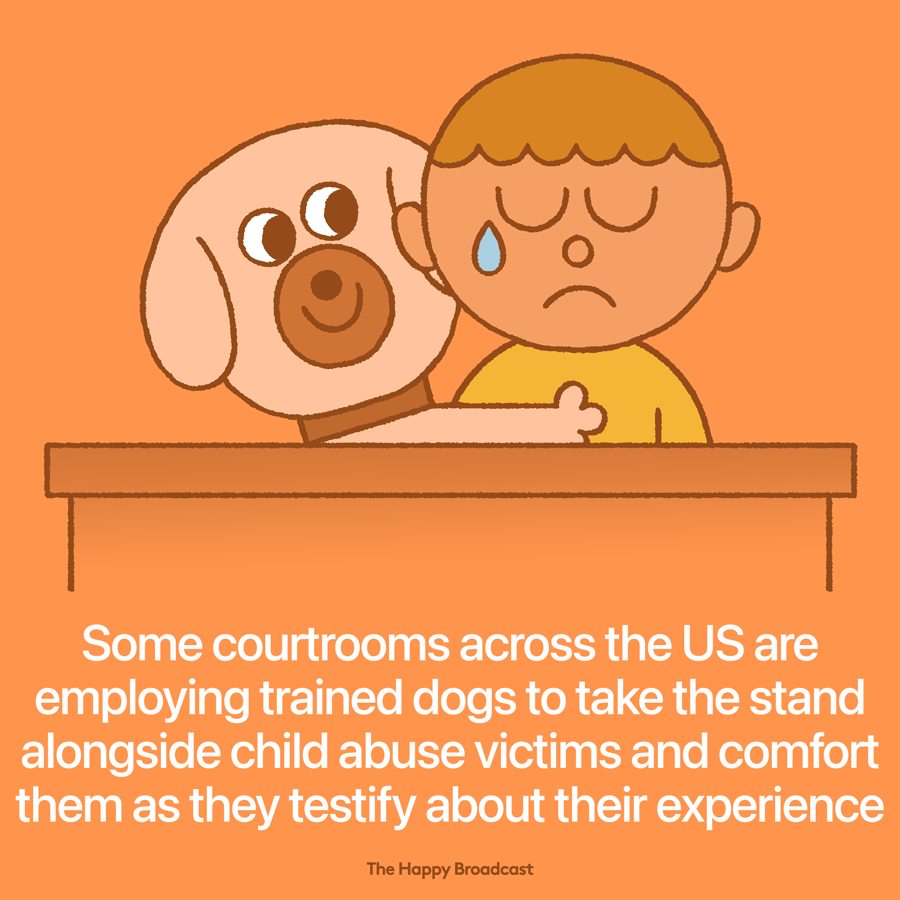 Child abuse victims often are frightened and intimidated if they have to testify about their experience in a courtroom. So a growing number of courts across the US are allowing specially trained dogs to accompany them — and other vulnerable people — on the witness stand to help calm them and ease the process.

Sometimes dubbed “courthouse facility dogs,” these canines lie quietly in the witness box, offering a supportive presence that helps victims and witnesses compose themselves and tell a jury what happened.

Supporters say the dogs, often Labradors, golden retrievers, or a mix of both, have made a huge difference in helping children and vulnerable adult victims and witnesses open up on the stand.

A courtroom dog was used to help Mississippi child abuse victims as far back as the mid-1990s, but in recent years the practice has taken off across the country. Today, at least 144 courthouse facility dogs work in about three dozen states, from Hawaii to Massachusetts. At least a third of the dogs have assisted in the courtroom, said Ellen O’Neill-Stephens, founder of the Courthouse Dogs Foundation, a nonprofit that promotes the use of professionally trained facility dogs during legal proceedings.