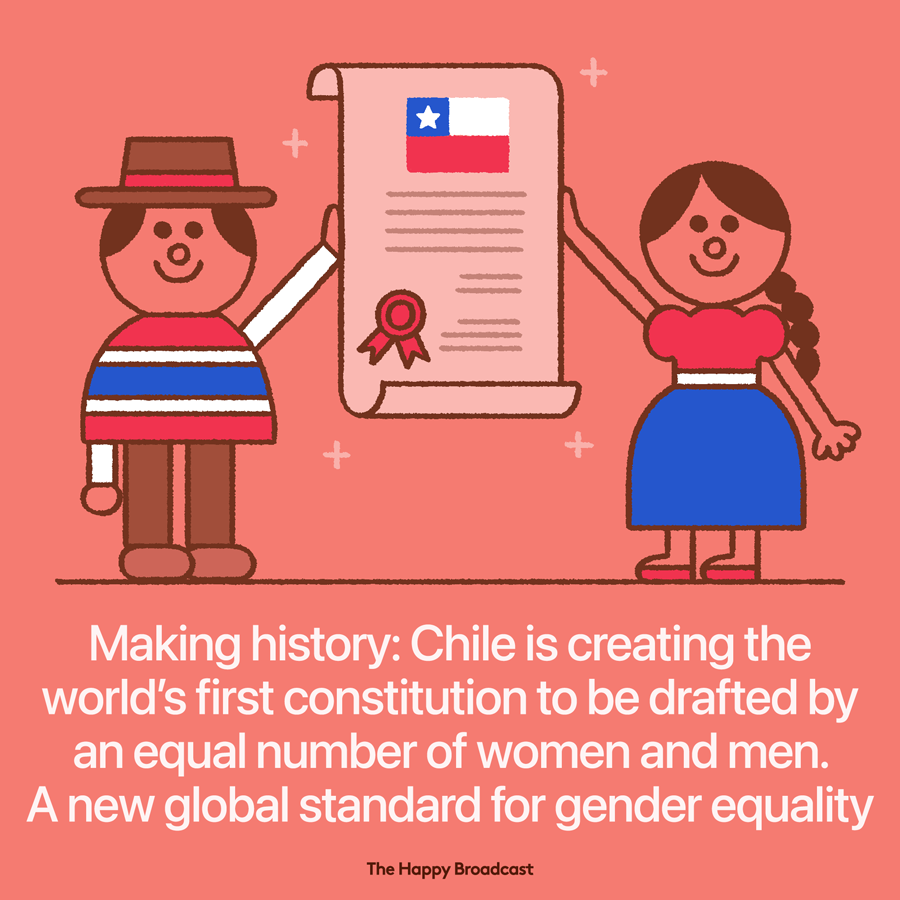 Women’s rights activists in Chile say that the country’s new constitution will catalyze progress for women in the country – and could set a new global standard for gender equality in politics.

Despite its return to democracy in 1990, Chile has remained a highly patriarchal country, and the Catholic Church wields strong influence in policymaking. It took 27 years after the end of the dictatorship for abortion to be decriminalized, and it's only legal if it's the result of rape, if the fetus won't survive or if there's a threat to the mother’s life.

Chileans will elect a 155-strong citizens’ assembly to write a new constitution for the country – the first anywhere in the world to be written by an equal number of men and women.  It will be one of the most representative bodies in the country's history, not only due to this gender equilibrium, it includes 17 reserved seats for indigenous peoples elected in a parallel ballot. The average age of elected convention members is 45, at least six of them are members of the LGTBI community, many come from non-elite social and economic backgrounds, with a high presence territorially grounded leaderships, including environmental and feminist activists.

Chileans voted by a 79% landslide majority in favor of a popularly elected citizen assembly with gender parity – as opposed to a mixed assembly of politicians and citizens without a regulated gender quota – during a referendum in October 2020.