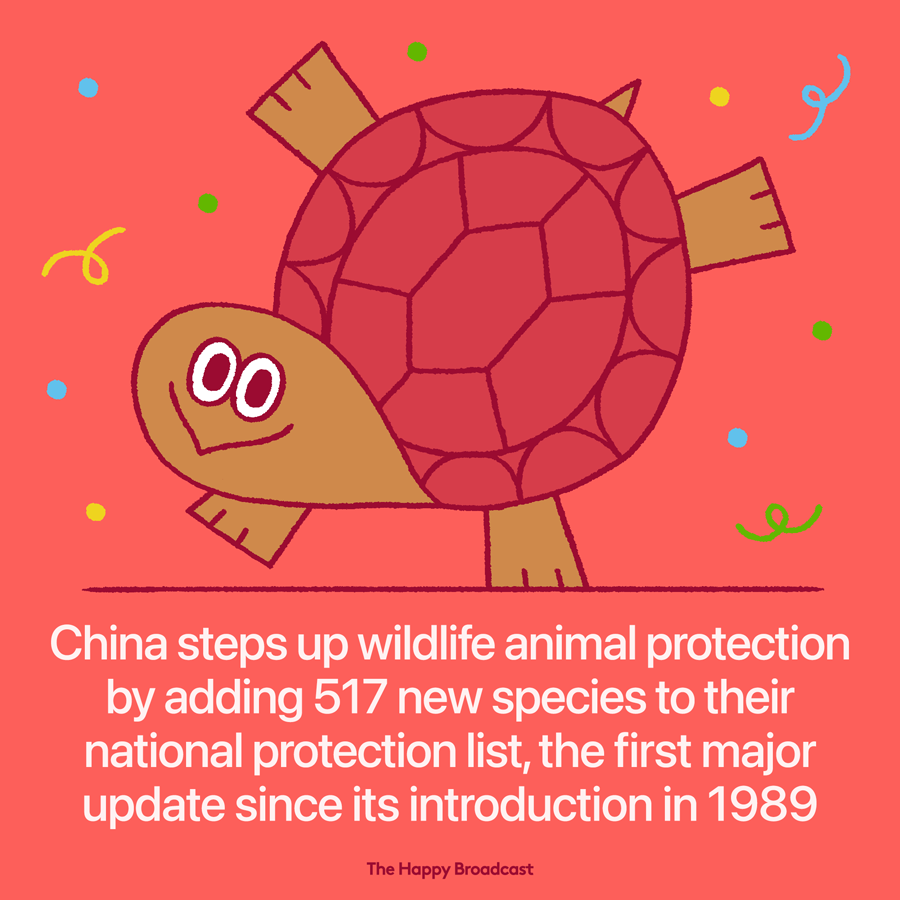 China has published a new list of nationally protected wild animals, adding hundreds of species to a more than 30-year-old catalog used for conservation purposes.

The National Forestry and Grassland Administration and the Ministry of Agriculture and Rural Affairs on Friday jointly published the list with 517 new species, including the large-spotted civet and spoon-billed sandpiper. Following this first major update since the list was introduced in 1989, it now includes 988 species.

Conservationists are calling the long-awaited revision “a significant move” by those responsible for protecting the country’s wild animals.