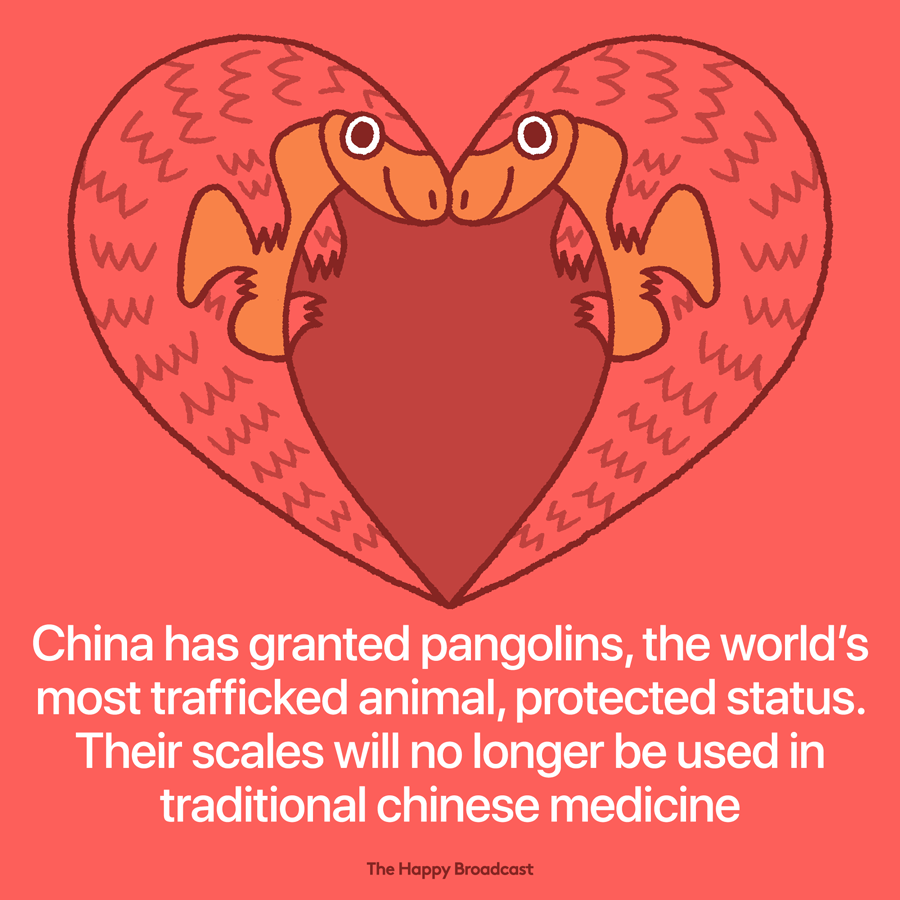 China has upgraded the national protection status of its native pangolin species, in particular the Chinese Pangolin Manis pentadactyla, to Class I, the highest form of protection under national legislation.

As many as 200,000 pangolins are consumed each year in Asia for their scales and meat and more than 130 tonnes of scales, live and dead animals were seized in cross-border trafficking busts last year, a figure estimated to represent up to 400,000 animals, according to conservation group WildAid.

The Chinese Pangolin is considered Critically Endangered by the IUCN, primarily threatened by indiscriminate hunting and poaching, mainly driven by demand for its meat and scales, the latter used in “traditional medicine” in China.

“We highly applaud this announcement, made in recognition of the need to protect critically endangered pangolins,” Steve Blake, chief representative of WildAid in Beijing, told the Guardian.