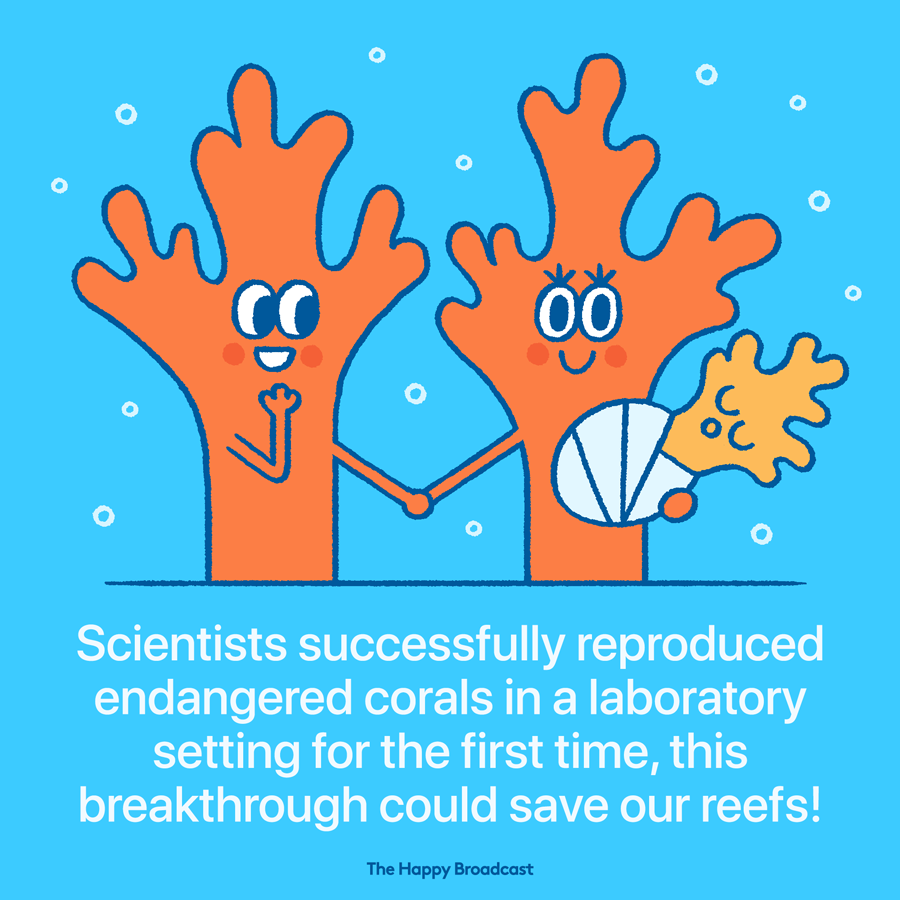 Climate change and disease have devastated the coral reef off the coast of the Florida Keys ⁠— the third largest coral barrier reef in the world, and the only one in the US.

Scientists at the Florida Aquarium reproduced coral from the Atlantic Ocean in a lab for the first time. They mimicked the natural conditions that signal corals to reproduce, like sunsets and moon phases.

For two days in a row, scientists oversaw the spawning of pillar coral, which is almost extinct after a multi-year disease outbreak that left clusters of male and female coral too far apart to reproduce.

The team plans to raise the baby coral to maturity in the lab.