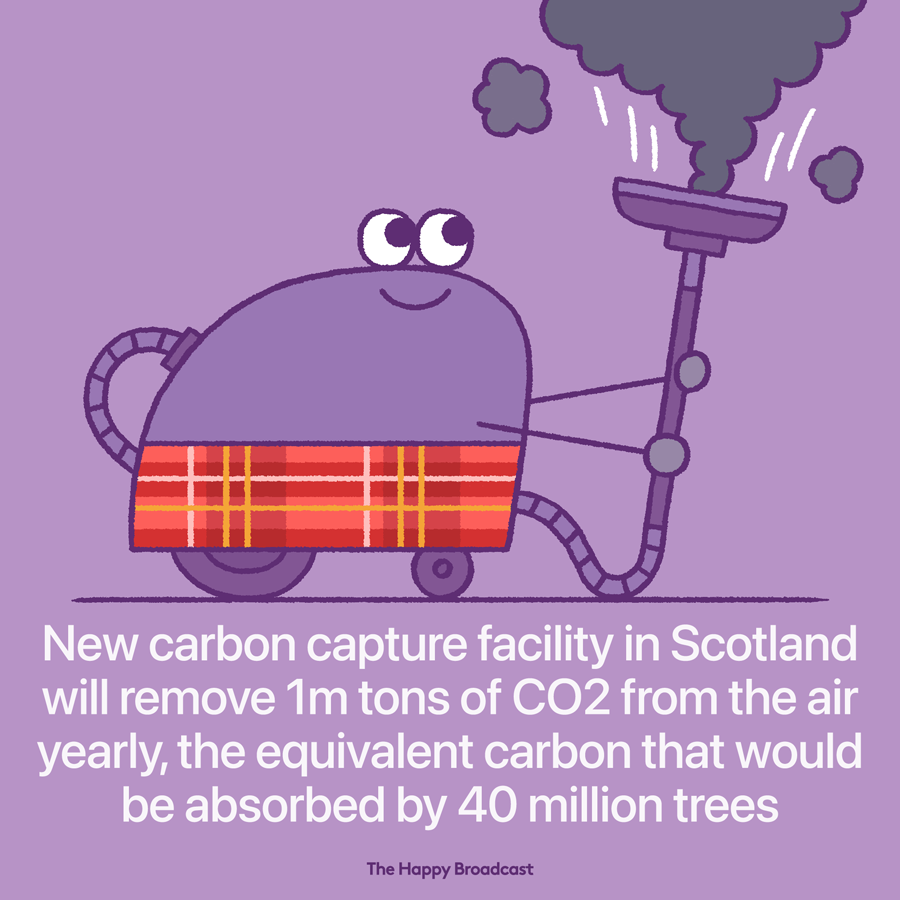 The world looks set for a breakthrough moment in carbon capture technologies, with a new facility set to open in Scotland that will remove up to one million tons of carbon from the air each year.

The facility, which will be the largest in the world, will extract the equivalent carbon (one million tons) that would be absorbed by 40 million trees over the course of a year. All of the absorbed carbon will then be deposited in storage sites under the sea.

The new facility joins a host of other carbon capture technology innovations aimed at meeting the requirement of reducing the amount of CO2 in the atmosphere if we are to reverse the adverse effects of climate change.  As the Union of Concerned Scientists (UCS) points out on its website, "to reach net-zero emissions, we need to do more than just reduce our emissions: we need to actively remove carbon dioxide from the atmosphere or offset its effects."