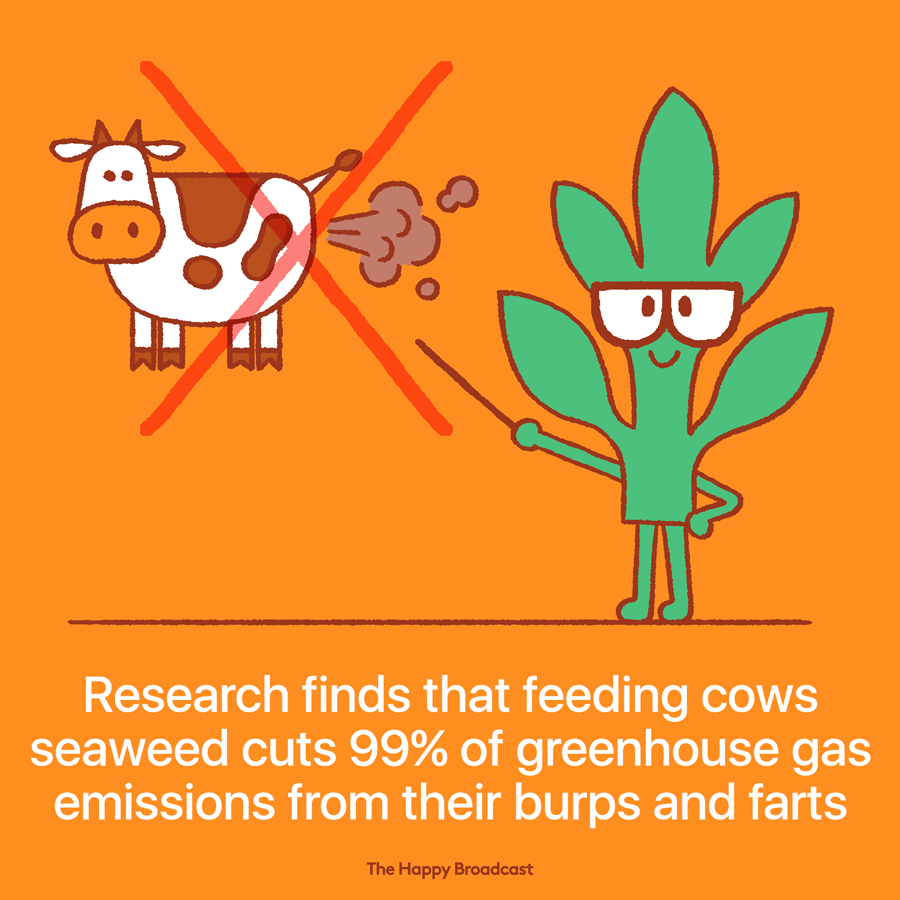 Cow digestion relies on millions of microbes in their guts processing and fermenting high-fibre foods. This process allows the animals to survive on a diet of grass, but it also produces large quantities of methane – a gas responsible for around a quarter of man-made global warming.

Researchers in Australia started investigating after a dairy farmer noticed cows that grazed on washed-up seaweed along the shore were healthier and more productive than those in the field. He began feeding his cows a mixture of local seaweed and found the new diet saved him money and induced “rip-roaring heats,” with his herd.

Preliminary research has indicated a small amount of marine algae added to cattle food can reduce methane emissions from cattle gut microbes by as much as 99 per cent.