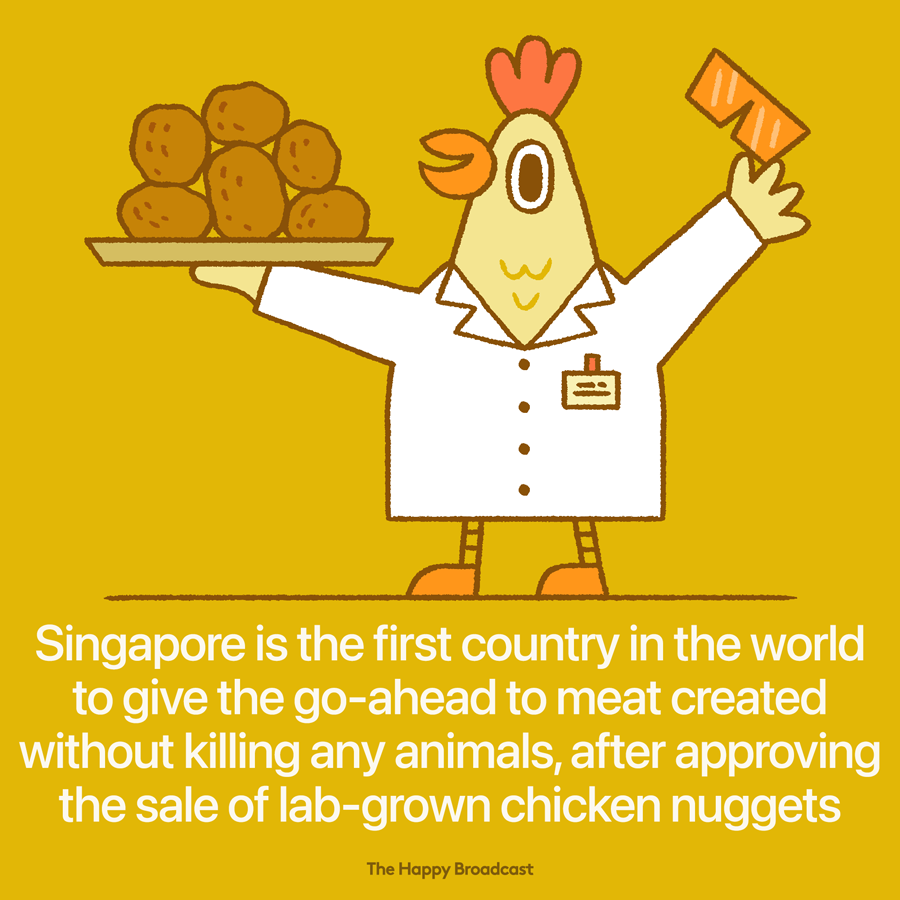 Cultured meat, produced in bioreactors without the slaughter of an animal, has been approved for sale by a regulatory authority for the first time. The development has been hailed as a landmark moment across the meat industry.

The “chicken bites”, produced by the US company Eat Just, have passed a safety review by the Singapore Food Agency and the approval could open the door to a future when all meat is produced without the killing of livestock, the company said.

The cells for Eat Just’s product are grown in a 1,200-litre bioreactor and then combined with plant-based ingredients. Initial availability would be limited, the company said, and the bites would be sold in a restaurant in Singapore. The product would be significantly more expensive than conventional chicken until production was scaled up, but Eat Just said it would ultimately be cheaper.

The cells used to start the process came from a cell bank and did not require the slaughter of a chicken because cells can be taken from biopsies of live animals. The nutrients supplied to the growing cells were all from plants.

The small scale of current cultured meat production requires a relatively high use of energy and therefore carbon emissions. But once scaled up its manufacturers say it will produce much lower emissions and use far less water and land than conventional meat.

This is news that gives us a glimpse of a possible future in which animals are not hurt in the pursuit of food, but where meat is available for those who value it.