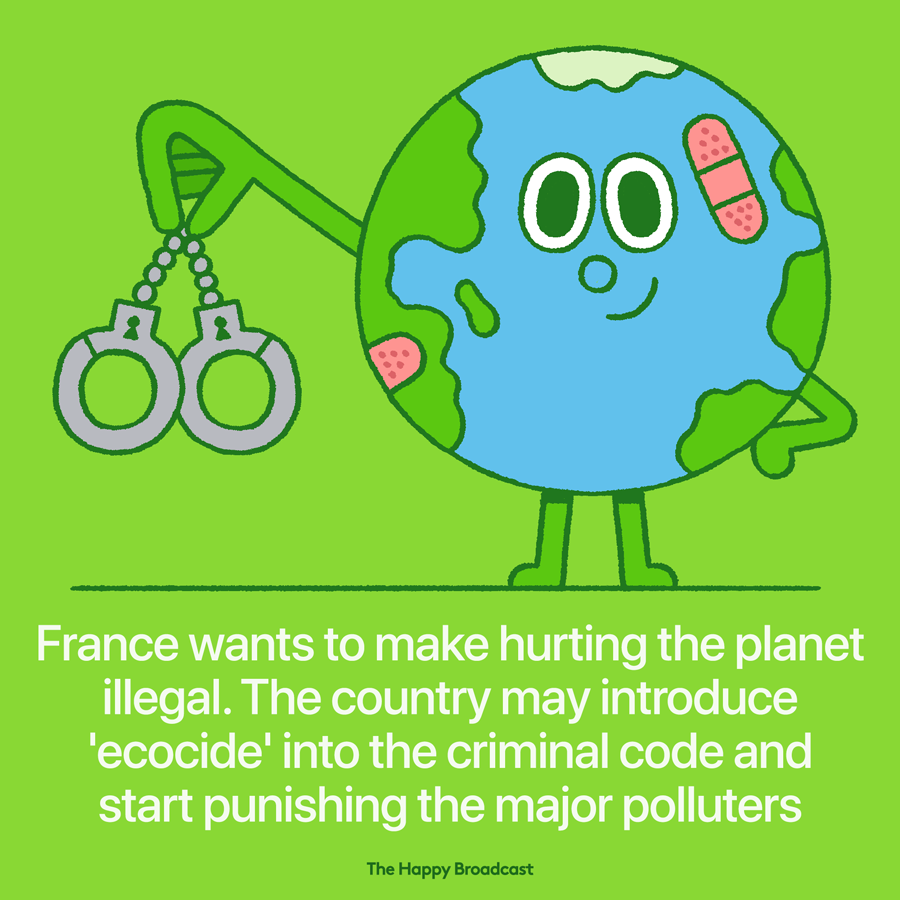 Damaging the environment could become a crime in France after a citizens’ assembly voted to include criminalising ‘ecocide’ in its recommendations for the government.

A group of 150 randomly selected French citizens voted last Sunday on its final proposals for combatting the climate crisis. Among the proposals is a suggestion to make ‘ecocide’ (extensive damage to ecosystems) an offence punishable by law.

Making ecocide illegal creates a legal duty of care for the environment giving it rights. It would make those who commission, the destruction of the natural world, like chief executives and government ministers, criminally liable.

The citizens’ convention, which has the goal to reduce CO2 emissions by 40 percent by 2030, has support for Macron for a referendum that would decide on the introduction of the ecocide in the criminal code.