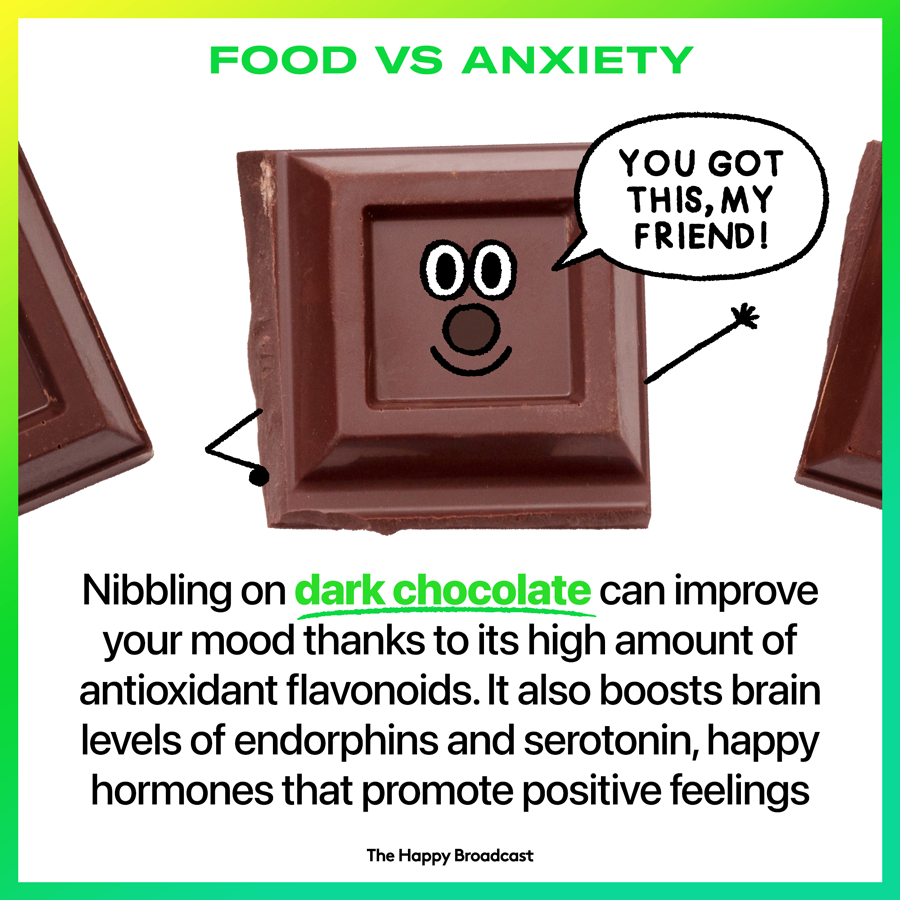 The mood-boosting effects of chocolate have been touted for quite some time, but more recent research has shown a particular link between dark chocolate and anxiety.

Cocoa has the highest concentration of flavonoids among commonly consumed foods. Scientists have found that certain flavonoids have antihistamine, antimicrobial, memory- and even mood-enhancing properties.

Low serotonin is one of the leading causes (and outcomes) of anxiety. Dark chocolate provides large amounts of Tryptophan, an amino acid that also works as a precursor to serotonin. So, it’s possible that by ingesting more dark chocolate, you’re improving your serotonin levels.

Another ingredient in chocolate is theobromine — an ingredient that studies have shown can have a positive, mood elevating effect on those that ingest it.

Dark chocolate also contains high amounts of magnesium. Studies are starting to show that magnesium may be one of the few nutrients that has a noticeable effect on anxiety. People often take magnesium supplements, but getting your magnesium through food is considered a much healthier overall option.