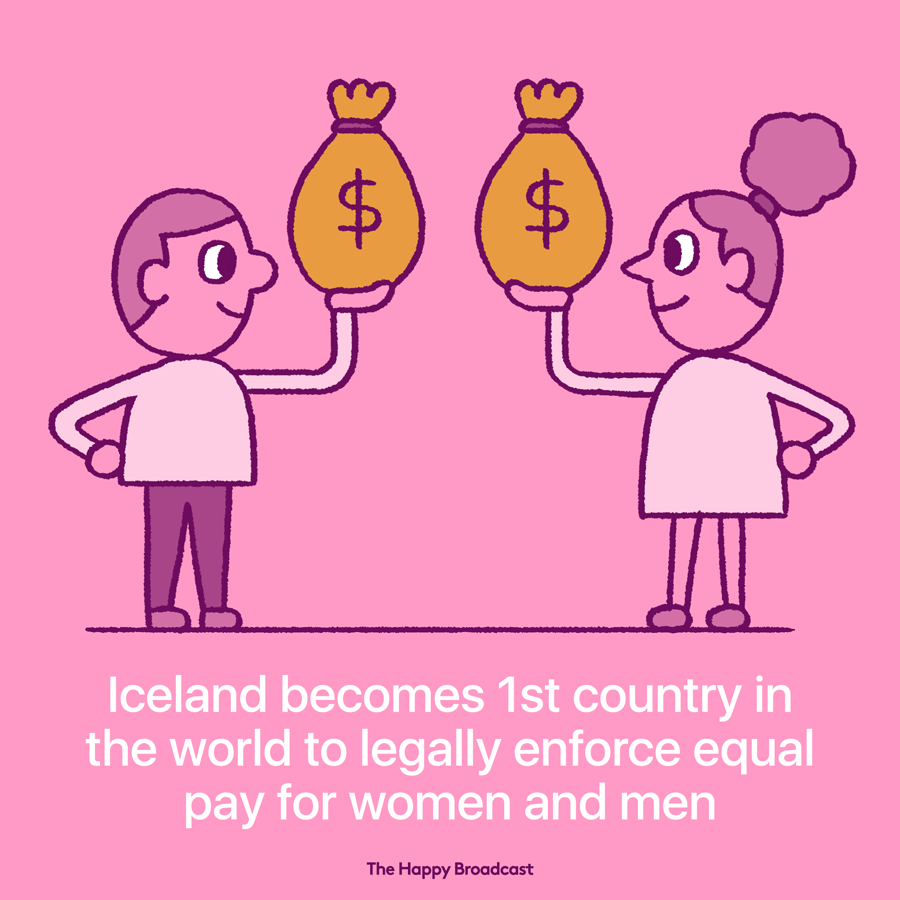 Despite its image as a paradise of fairness, women earn less than men. Now Iceland has become the first country in the world to enforce equal pay.

Despite an equal pay act that dates back to 1961, Icelandic women still earn, on average, between 14% and 20% less than men.

“The gender pay gap is, unfortunately, a fact in the Icelandic labour market and it’s time take radical measures; we have the knowledge and the processes to eliminate it,” Iceland’s Equality and Social Affairs Minister Thorsteinn Viglundsson said.

Within four years from 2018, any public or private body in Iceland employing more than 25 people that has not been independently certified as paying equal wages for work of equal value will face daily fines.

“The legislation will take some time to bed in, of course,” Valdimarsdóttir, the chair of the Icelandic Women’s Rights Association says. “There will be challenges. But it’s possible, and we can do it. Mainly, I’m just so proud we actually made it happen.”