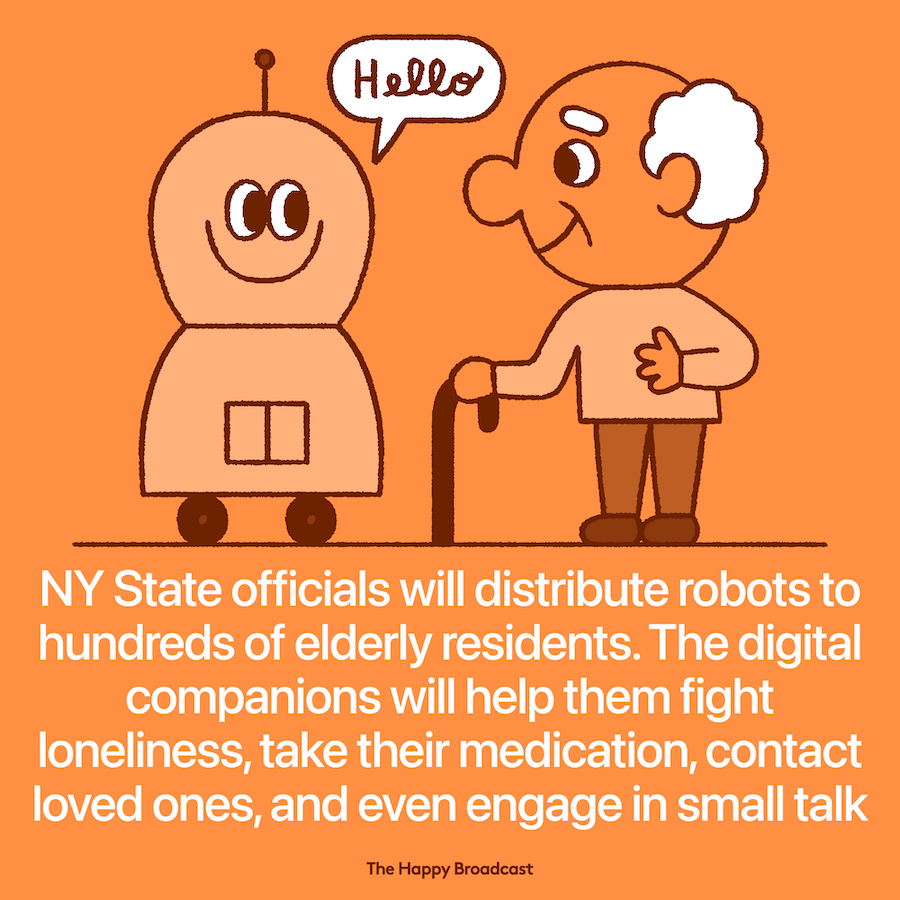 Over a quarter of adults age 60 and over live alone and evidence suggests that loneliness can increase health risks to the same extent that smoking 15 cigarettes a day or having alcohol use disorder does.

The New York State Office for the Aging (NYSOFA) announced plans to distribute robot companions to over 800 older adults in the state. The office’s mission is to improve seniors’ access to nonmedical support services that maximize their ability to age in their communities while avoiding high levels or publicly financed care.

The idea of senior-assisting robots is nothing new. Japan, a country that has long felt the weight of its large elderly population, has been investing in the technology for decades.

Called ElliQ, a tabletop device that resembles a virtual assistant like Alexa or Siri, can make small talk, answer questions, remind users to take medication, help contact friends and family, initiate conversation and help with other daily activities. Users interact with the robot an average of 20 times per day, according to the company.