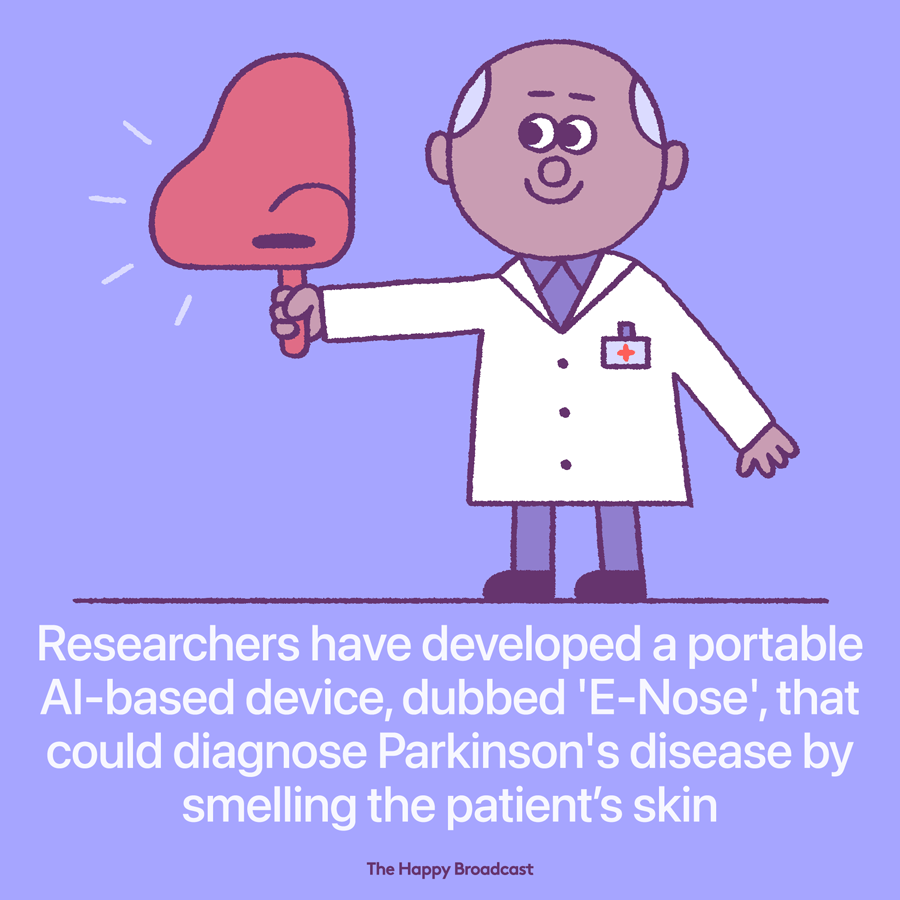 Parkinson’s disease is a progressive neurological disorder caused by the deaths of neurons in parts of the brain called the substantia nigra. Symptoms include loss of motor control, mood disturbance, ruined sleep and altered sense of smell. It is incurable.

Currently, there's no cure for Parkinson's disease. Early medical intervention can, however, relieve these symptoms and prolong survival. That makes prompt diagnosis desirable.

The good news is - researchers have developed a portable AI-based device, dubbed as e-nose, that could someday diagnose the disease by smelling the patient's skin. The e-nose works by detecting a distinctive odor secreted by people with Parkinson’s, as their skin creates a higher-than-normal amount of sebum, an oily substance produced by our sebaceous glands.

Using machine-learning algorithms, the scientists fed the device samples swabbed from the upper backs of 31 Parkinson’s patients and 32 healthy volunteers.

It resulted in a 70.8% accuracy in correctly detecting which individuals had the disease, with the figure rising to 79.2% when each participant’s full body-odor profile was used. It’s believed that once the technology has been further developed and tested more widely, it’ll become increasingly accurate.