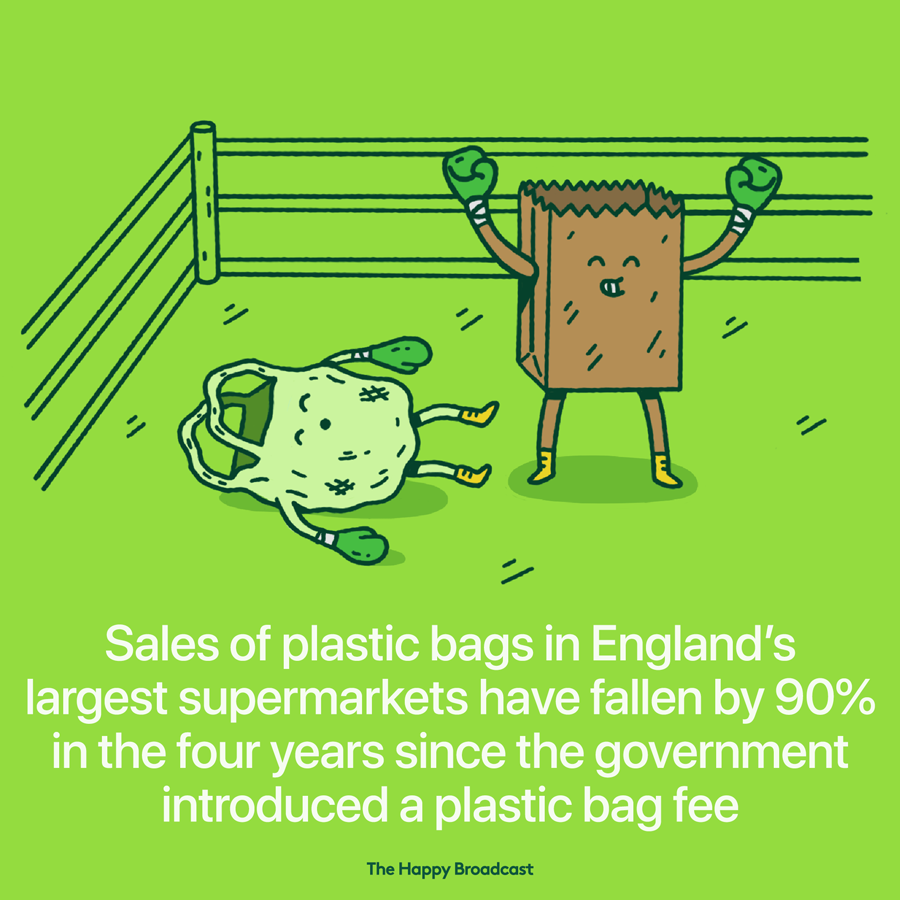 England’s largest retailers are now selling 90% fewer plastic bags than they did before a 5-pence plastic bag fee began in late 2015, the U.K. government says. In the past year alone, the retailers’ sales fell by nearly half, from more than 1 billion bags to fewer than 550 million.

The statistics come from reports by the seven biggest retailers in England: Asda, Marks & Spencer, Morrisons, Sainsbury’s, The Co-operative Group, Tesco and Waitrose.

Whether it’s grocery bags or drinking straws, single-use plastics have become a frequent target for governments that want to reduce ocean waste and cut down plastic’s presence in our food supply and drinking water.

Art by our friend @john.larigakis .