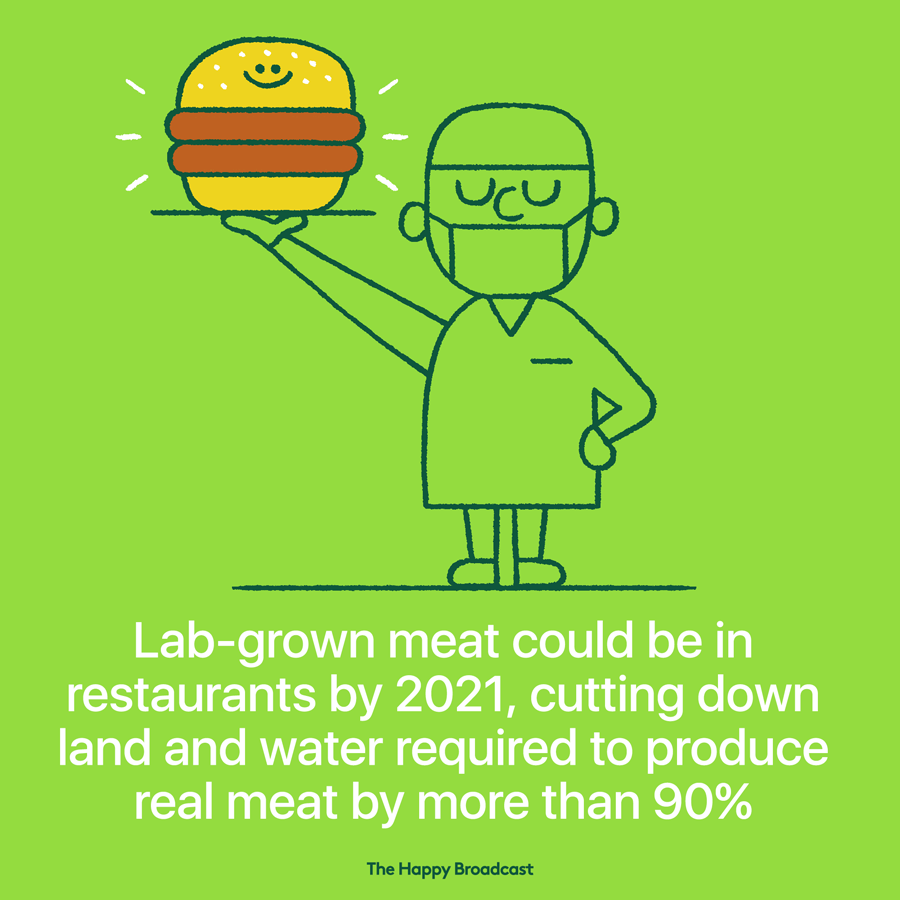 Environmentalists have warned that the world’s growing appetite for meat, particularly in emerging economies such as China, isn’t sustainable because beef, pork and poultry require far greater resources than plant-based proteins. Cows in particular also produce large amounts of greenhouse gas that contribute to global warming.

Replacing traditional meat production with cultured meat would have a huge impact on the reduction of greenhouse gas emissions, it would free up a large amount of resources that are now used for meat production worldwide and will completely disrupt an old-established and currently unsustainable industry.

A Dutch company that presented the world’s first lab-grown beef burger five years ago said it has received funding to pursue its plans to make and sell artificially grown meat to restaurants from 2021.

Lab-grown meat may be better for the environment and improve on several health aspects of conventional meat. But for now, at least, it can’t be exactly like regular meat and have no potential health downsides whatsoever.