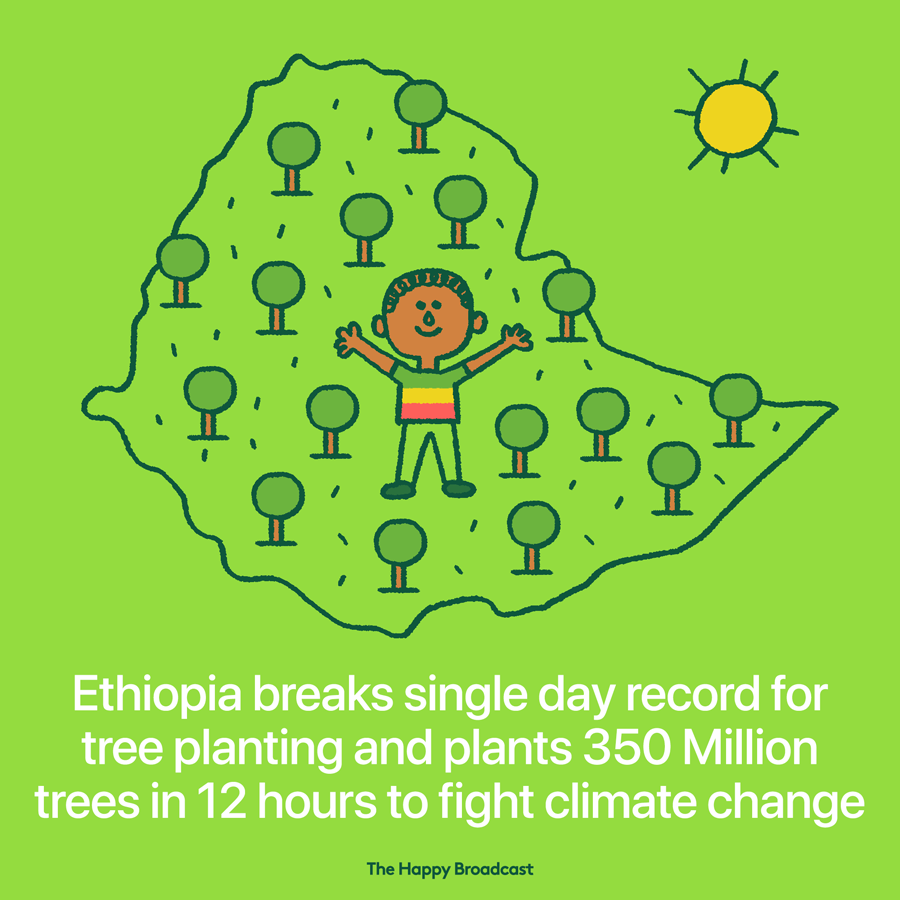 Ethiopia planted more than 353 million trees in 12 hours on Monday, which officials believe is a world record.

The burst of tree planting was part of a wider reforestation campaign named “Green Legacy,” spearheaded by the country’s Prime Minister Abiy Ahmed. Millions of Ethiopians across the country were invited to take part in the challenge and within the first six hours, Ahmed tweeted that around 150 million trees had been planted.

Ethiopia’s goal for the whole season is even bigger than that; the national tree planting campaign aims to plant 4 billion trees during “the rainy season” between May and October.