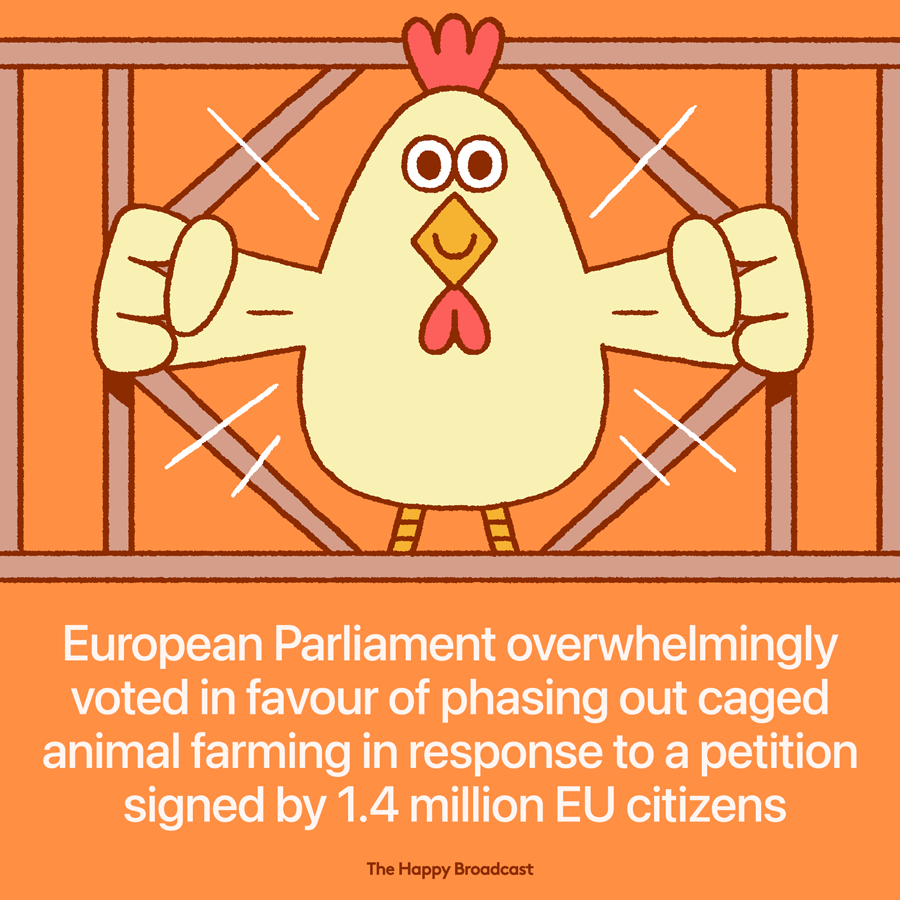 Caged farming, a form of intensive animal agriculture or factory farming, involves the confinement of creatures in cages for the sake of increased profits and ease of management. In Europe alone, 300 million animals, farmed animals, spend most of their life or their entire life in cages, every year.

The non-binding resolution was announced on June 10, 2021. It suggests the phasing out of caged animal farming by at least 2027. This follows a landslide vote by Parliament in favor of a ban, with 558 votes for, 85 abstaining, and just 37 against.

The committee called the vote in response to a petition titled “End the Cage Age,” led by Compassion in World Farming (CIWF) but signed by 1.4 million EU citizens and a total of 170 organizations, from all 27 member states.

Now, European Parliament Committee members are calling on the European Commission to phase out the practice, along with the force-feeding of ducks and geese for foie gras.