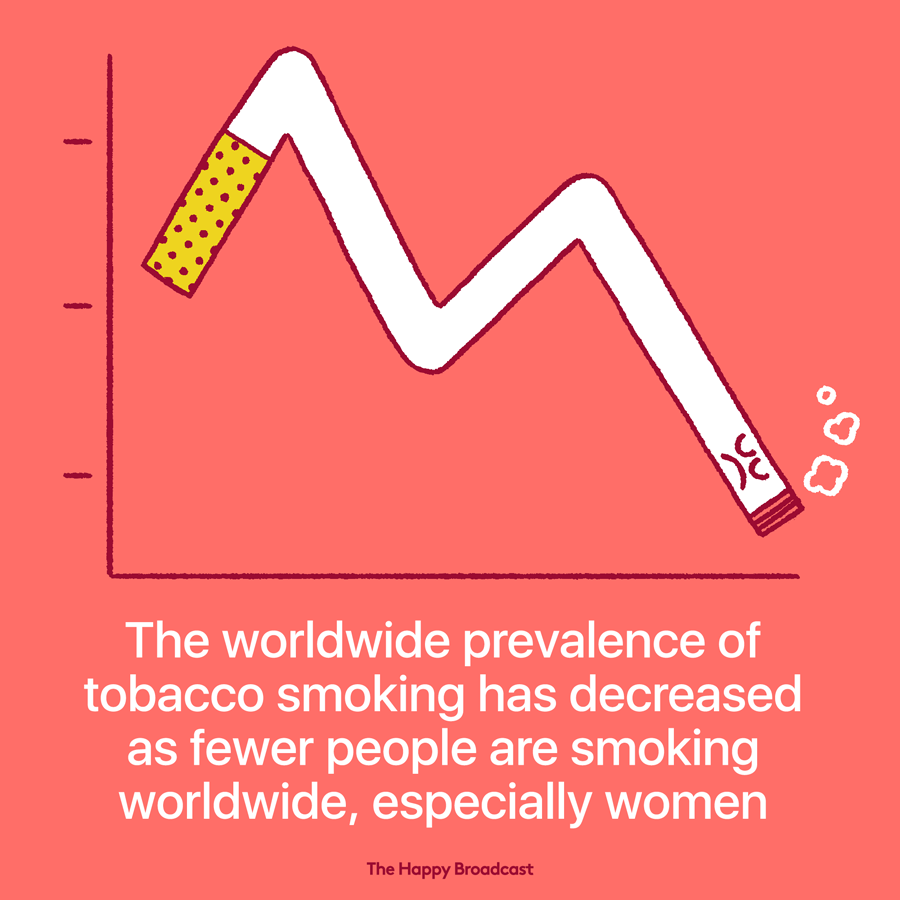 Fewer people are smoking worldwide, especially women, and the prevalence of tobacco smoking has decreased from 27 percent in 2000 to 20 percent in 2017, so progress has been made.

Tobacco restrictions are estimated to have saved 8 million lives so far!

Despite the tremendous progress made on tobacco control in industrialized countries, much more remains to be done in developing countries where the lack of awareness about the risks of tobacco plays a huge part in making tobacco a major cause of death.