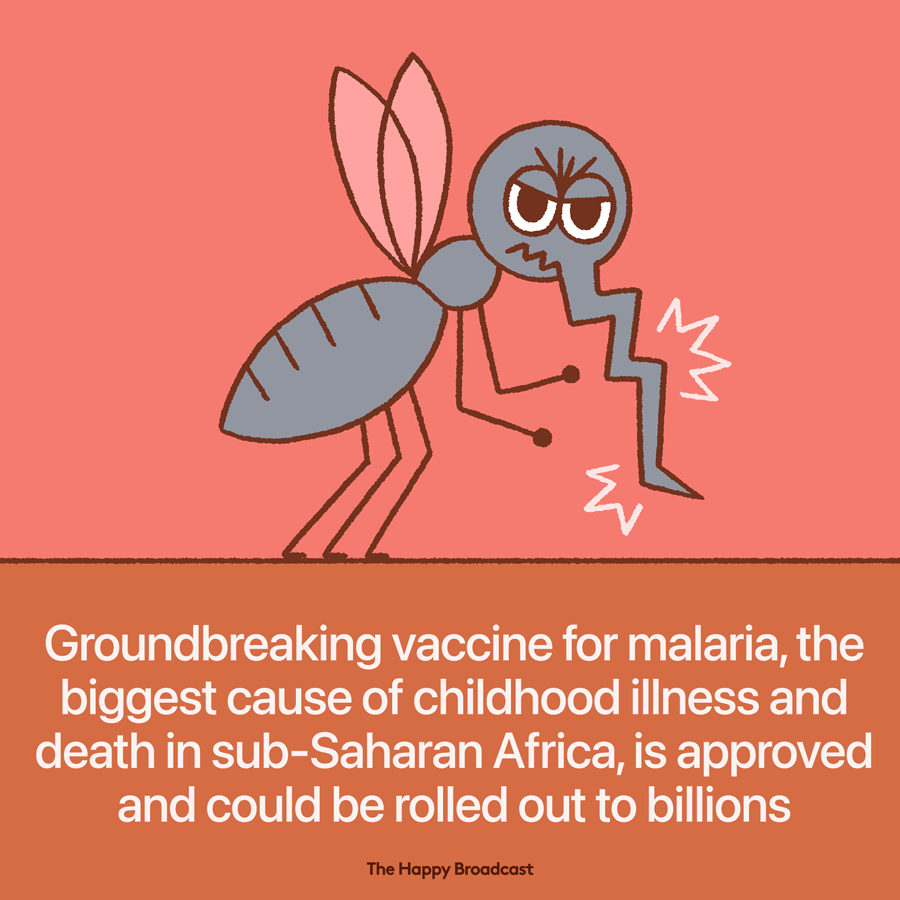 Children across much of Africa are to be vaccinated against malaria in a historic moment in the fight against the deadly disease. Malaria has been one of the biggest scourges on humanity for millennia and mostly kills babies and infants. There are 229M cases of malaria a year, 94% of them in Africa. Having a vaccine - after more than a century of trying - is among medicine's greatest achievements.

This long-awaited malaria vaccine is a breakthrough for science, child health and malaria control. Using this vaccine in addition to existing tools to prevent malaria could save tens of thousands of young lives each year.

Now, after the success of pilot immunisation programmes in Ghana, Kenya and Malawi, the World Health Organization says the vaccine should be rolled out across sub-Saharan Africa and in other regions with moderate to high malaria transmission.

The vaccine is now expected to get the nod from WHO itself and funding for millions of doses will then be considered by Gavi, the Vaccine Alliance, which ensures low-income countries have access to life-saving jabs.

“This is a historic moment. The long-awaited malaria vaccine for children is a breakthrough for science, child health and malaria control,” said WHO Director-General Dr Tedros Adhanom Ghebreyesus. “Using this vaccine on top of existing tools to prevent malaria could save tens of thousands of young lives each year.”