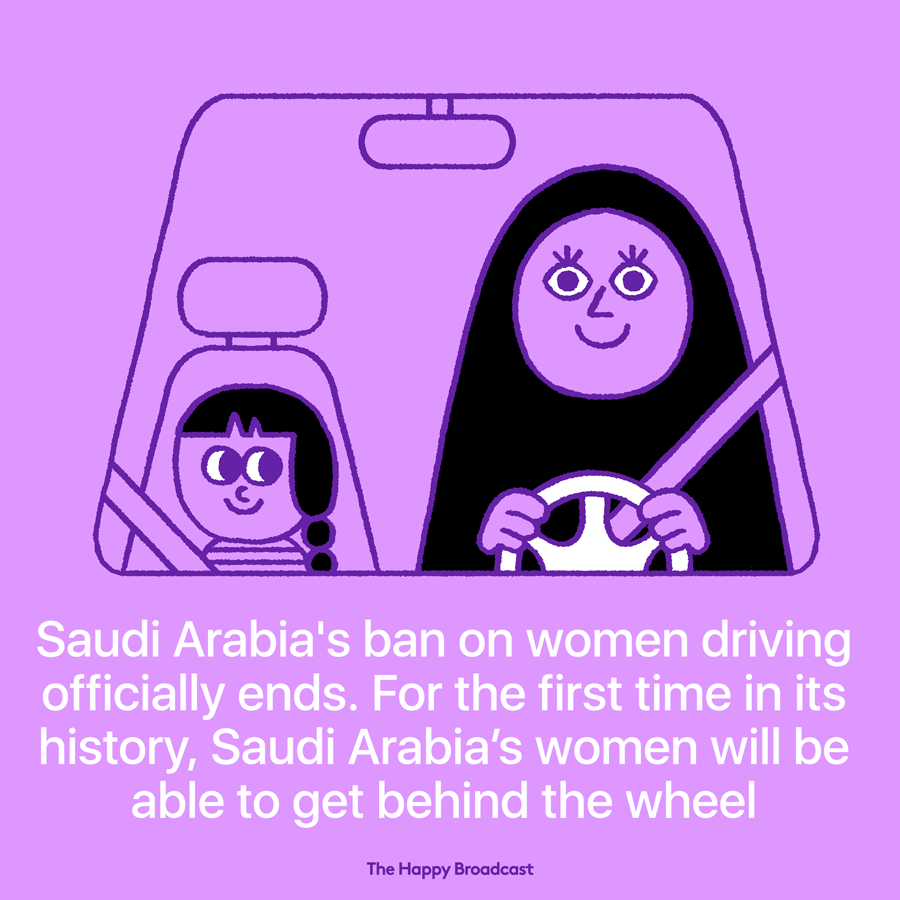 For the first time in its history, thousands of women could soon take to the roads through the ultra-conservative kingdom’s streets.⠀
⠀
It was the only country left in the world where women could not drive and families had to hire private chauffeurs for female relatives.⠀
⠀
The landmark step is the culmination of years of human rights groups campaigning in the kingdom.⠀
⠀
This is not the only good news for the country, over the past year, Saudi Arabia has opened its first cinema in decades and loosened several morality laws that discriminate against women, including its notorious rules requiring that women receive a male guardian’s permission to travel, receive an education and sometimes work and receive health care.